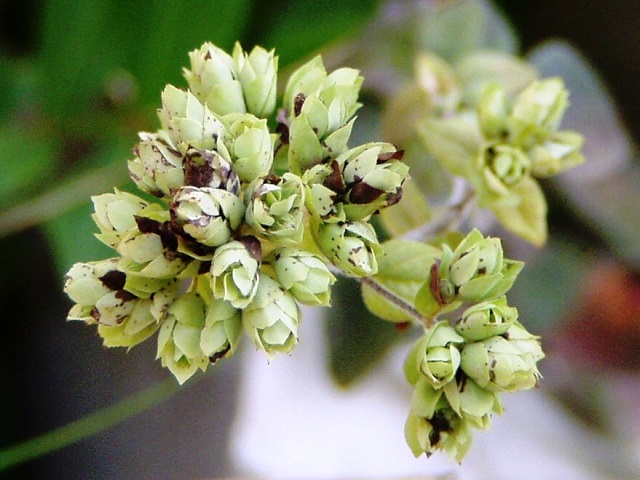 November 2nd, the Day of the Dead, used to be a fun day for me while growing up in Northern Mexico. The whole family would get together and go to a small town cemetery to clean the burial places of my grandparents, bring them fresh flowers, and say some prayers. The adults took care of all that while the kids impatiently waited for the action to start. After the cemetery duty was over, we would move to a neighboring hill and begin to set up a big tarp, build a fire, and start eating my mother’s and aunt’s delicacies. It was a de facto picnic and family reunion that I now miss. After a big lunch, all the cousins—around twenty of us— would go for what seemed a long hike in the surrounding semi desert hills. We would explore some abandoned mines, throw rocks at lizards, and pick up dry orégano. The harvest was good, about what the family consumed in a year. Sprinkled in menudo or any stew, I thought we were the only family that ate that wild herb. Life and travels would show me later that oregano was available everywhere I went and that not all oreganos are the same. 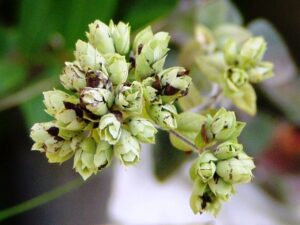 In Mexican food the oregano species Lippia graveolens is the preferred one. It is native to the Americas and grows almost everywhere in Mexico. It is used mainly in Menudo and Pozole and works wonders in dry chile sauces. The Southern European species of oregano (Origanum vulgare) was introduced in Mexico by the Spaniards, is the one found in Greece, Italy, France, Spain and Portugal, and is the appropriate herb for Mediterranean recipes. Other European and Asian species exist but while oreganos may seem to be all the same, their scientific names tell us that they are different plants belonging to different botanical families. 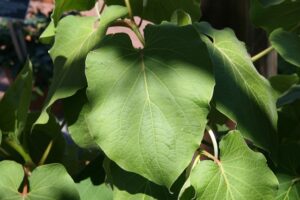 A native of Mexico, Hoja Santa (Piper auritum) also known as acuyo, tlanepa, or momo, was used by the Aztecs to aromatize cacao before the Europeans began to add sugar and create chocolate. It’s in the same genus as black pepper. The flavor of this herb resembles that of anis and it grows wild with its leaves measuring up to ten inches. Warm and humid climates are the best for its growth but it definitely hates cold weather. While living in Austin, Texas, I had a plant in my backyard. As soon as the temperature went below 70 degrees, I lost it, but as a good wild fighter, it would come back in the spring, just wonderful! My favorite use of it is to fry it and place it in the middle of tortillas and eggs in my huevos rancheros. The cuisines of the southeast of Mexico use it to wrap tamales and fish, add it to moles and sauces for flavor complexity, and at times in quesadillas. It is a pungent and versatile ingredient. 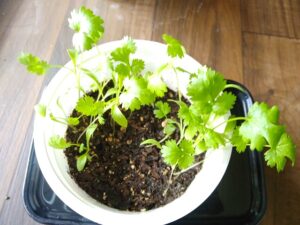 Photo of Cilantro By Testmaskara, wikimedia.org

I once met a French chef living in California who couldn’t stand cilantro. I just couldn’t believe it!  Being a Mexican. I couldn’t imagine that a culinary professional wouldn’t like pico de gallo or guacamole, where cilantro plays an important role in both flavor and looks. Left to flower and set seed, cilantro (Coriandrum sativum) produces coriander seed, a spice used to flavor vinegars and oils, and it is an important ingredient in curries. In recent years, Mexico has more than doubled the export volume of fresh cilantro to the U.S.A., Canada, and Europe, reaching around 65,000 tons per year. It is eaten fresh on salsas and tacos, soups and salads. Try it on sandwiches, you’ll love it! 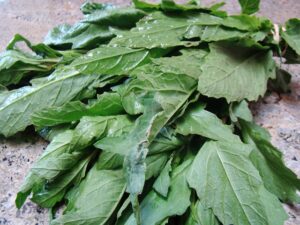 Epazote (Chenopodium ambrosioides) is a wild herb used mainly in Central Mexico and the Southeast. My mother never liked it so I didn’t have it at home. It wasn’t until I moved south that I was exposed to this pungent plant and developed a taste for it. It is native to the tropics of America but Diana Kennedy found a specimen in Central Park in New York City. Did someone carry the seeds north? It needs to be boiled to extract the full flavor. Its name comes from the Náhuatl epazotl and means… are you ready? Skunk feces! In Central Mexico you can find a purple variety, same flavor but more exotic looks. Epazote can be found in street food like quesadillas, wild mushrooms, the sauce of chilaquiles, tamales and it is indispensable in beans! 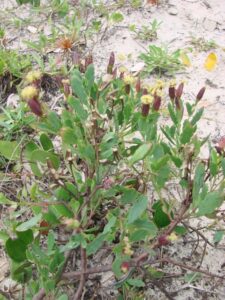 Some people say that pápalo or pápalo quelite (Porophyllum ruderale), has a taste like arugula mixed with pepper. My opinion is that it tastes like a mouthwash. There is a belief that this herb helps the digestion of fatty foods like greasy tacos, I find that it helps clean your mouth from onion flavor. Its name comes from the Náhuatl papalotl or butterfly, due to their oval leaves which can measure up to 2 inches and Pápalo quelite would mean edible butterfly. This pungent herb grows wild or can be cultivated. It is consumed fresh in tortillas, breads and guacamole. I like it in tacos, it gives any taco a different dimension. As in every vegetable eaten raw, it is washed thoroughly.

Perejil or parsley (Petroselinum sativum) has the same uses as cilantro and looks almost the same—both brought to America by the Spaniards. Even though I prefer the flavor of cilantro, shopping in a hurry, I have taken home parsley instead of cilantro more than once, so watch out! It is said that it is the most widely used herb in gastronomy around the world and it is the herb of choice to crown chiles en nogada.

The leaves of the avocado tree (Persea americana) are not technically an herb but its use in Mexican gastronomy is so widespread that most authors include it when writing about herbs. Mostly used in the Southeast of Mexico and Michoacán, its popularity has been gaining fans in Central and Northern Mexico. The first time I had it was in Oaxaca, added to refried beans, it was a wonderful experience. Measuring up to four inches, these oval leaves are a flavoring for sauces, moles, barbacoa, and stocks, as it imparts a distinctive and complex anise-like flavor. It is used fresh, dried, ground, and chopped. It works wonders when mixed with chiles in moles, adobos, and cooking sauces.

There are many other herbs in Mexico used exclusively in regional cuisines such as Oaxaca, Veracruz, and Michoacán, but not in other regions. Among them are chepiche, chipilín and chaya, and many other herbs that would take a trip to every little town during the rainy season to discover them, but they are treasures of their ecosystems and local gastronomy. Much has been written on the role of herbs in cooking yet ignoring the fact that an ecosystems’ diversity is responsible for the variety of the species available. Mexico is considered a “Megadiverse” country, since it contains 70% of the animal and vegetable species known to man, and it is home to more than 5,000 different endemic plants… and there’s still a lot of plants to be discovered!