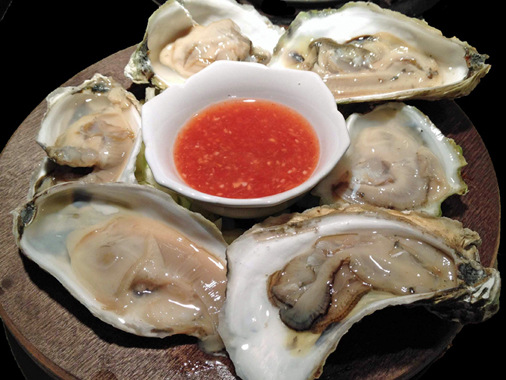 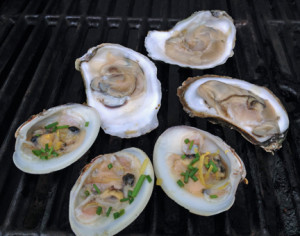 There’s an upcoming post about grilling seafood… lobsters, oysters, scallops and clams. But before they can be grilled, the shellfish needs to be opened. Here’s the way I shuck clams, oysters and scallops.

Opening hard-shell clams (littlenecks, top necks or cherrystones):
Use a clam knife. An oyster knife won’t work as well. The difference is apparent; an oyster knife has a curved tip to get under the hinge while a clam knife has a flat blade to separate the shells. Most supermarkets or cook shops have both. Look for a knife that has a sturdy wooden handle.

Scrub the clams under cold running water. Discard any with cracked shells and those that remain open when tapped. Clams that don’t close are dead and should be discarded. If you are right-handed, hold the clam in your left hand with the hinge at the top, parallel with your thumb. Rest the lower edge of the clam in the center of your palm. Place the blade of a clam knife between the shells and press inward. When the blade is halfway between the shells, twist the knife to open the clam, holding the top and bottom shells apart with your finger. Run the tip of the knife into the shell running it along the inside to cut the adductor muscles. When the adductors are severed, twist off the top shell and carefully slide the knife under the clam separating the clam from the shell. 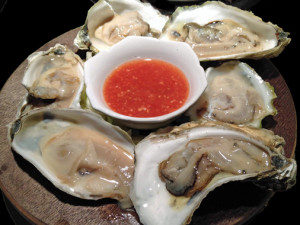 Shucking oysters:
Unlike clams that are opened by prying between the front of the shell oysters are shucked using the hinge end to open the oyster. Oysters can be difficult to open but with some practice it becomes easier.
Scrub the oysters with a stiff brush under cold running water. Place the oyster with the flat side up on a cutting board and cover with a side towel to protect your hand (or if you’re really timid use a protective glove).
Insert an oyster knife in the hinge at the end (smaller) part of the oyster. Wiggle the knife until the hinge pops. Once the hinge pops run the knife under the top shell to separate the oyster from the shell. Remove the flat shell from the oyster. Once the flat shell is removed, slide the knife under the oyster separating it from the shell.

Shucking scallops:
Although it’s difficult to find shelled sea scallops as most fish mongers have them already shucked, fresh scallops are actually very easy to remove from their shells. In this country, usually only the large adductor muscle is eaten. Elsewhere it’s common to have the muscle along with the roe –the bright pink part of the scallop.
To open the scallops you’ll want to use an oyster knife (a butter knife would also work). Refrigerating the scallops for about an hour helps to loosen the shells.
One shell of a scallop is deep and concave, and the other is flat. Put the scallop in your palm with the concave shell down and the hinge towards your thumb. There is a gap between the shell halves close to the hinge. Slide the knife into that gap. You want to work it all the way to the other side keeping the knife as close to the flat shell as possible to detach the adductor muscle. Once you slice through the adductor muscle the scallop will pop open. Scrap out and discard everything except the large muscle and the roe. Slide the knife under the muscle and the roe to release them from the shell.
Shucking shellfish takes some practice but it’s not that difficult once you’ve done a few dozen.