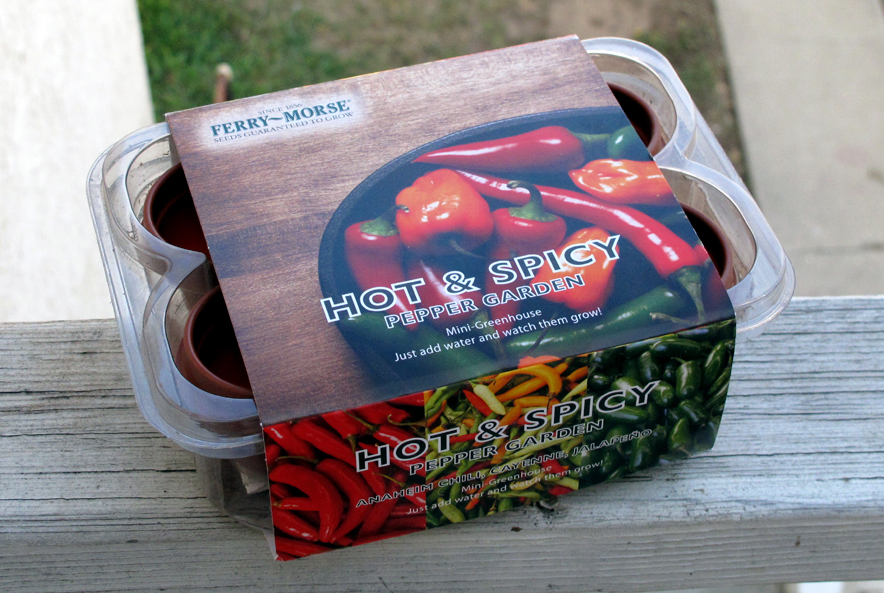 Before we go on, let’s get a few things straight. I didn’t trade three hundred pounds of steak to a slick city peddler for a few magic beans (it was jalapeño seeds). Nor did I gain a goose that passes precious metals. If I did, I’d be writing this from my personal moon casino.
What did happen was this. I was tired of buying jalapeños at the supermarket for two bucks a pound, so I decided to grow some. Unfortunately, Home Depot wanted three dollars per plant and my inner cheapskate was in control that day. Instead, I shelled out five bones for this: 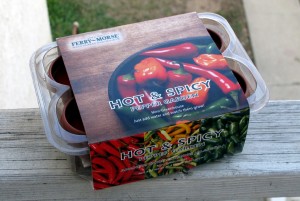 I figured five dollars for six mixed pepper plants was a good deal. The mini-greenhouse works thus. You put one of the nutrient pucks into it, wet it, and press 2-6 seeds into each one, then cover it with the clear plastic lid, give it sunlight, keep it moist, and 10-12 days later you have seedlings. The slick peddler’s work was done. I bought the kit and headed home.

When I opened it up, though, I got a surprise. The seed packets were full size! Six seeds were all the jalapeños I’d needed. What to do with the other 50-ish?

Twenty minutes later, the leftovers were sprinkled in a pot full of Miracle Gro Seed Starting Soil. After twelve days of basic maintenance and sunlight, the greenhouse looked familiar somehow: 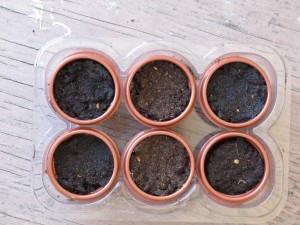 In that, “Haven't I failed this way before?” sense.

Things were a bit better in Project: Afterthought. A seed sprouted! Then a few more the next day: 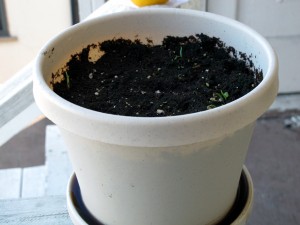 Right about now, I’m thinking, “Great. It isn’t much, but at least I’ll have enough…” 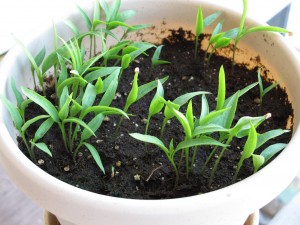 ...to start my own farmer's market.

Of the fifty or so seeds that went into this planter, 47 of them sprouted. When they reach 3 inches in height, I’m moving them out. Some will go to friends, others will go to Phase Two. 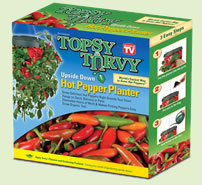 I only need 7 plants for the Topsy Turvy, so some will go into pots. The others will go to friends. Whether they like it or not.

Check back to the Burn! Blog for further adventures with Mark and his magic chile plants!