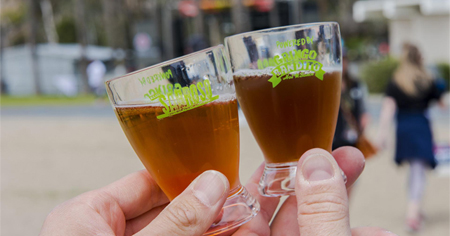 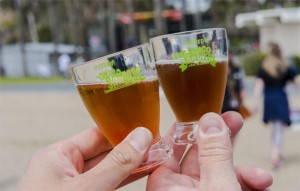 Food fanatics will experience an array of flavor from renowned Southern California taco vendors including Panchos Tacos, Border Tacos, Good Fellas Tacos, Vegan Taco Company, and more. Spicy Bite will serve creative Indian-Mexican fusion dishes like jackfruit in chile rojo tacos topped with fresh chutney. Fan-favorite classics will also be available including 24-hour marinated carnitas from Chronic Tacos and fresh shrimp tacos from Sol Agave. Taco vendors will have the opportunity to compete in the coveted “Best in Show” with their most unique creations, voted on by esteemed judges.

Lucha Libre style wrestling stars from across the globe will take to the ring battling for the title of Sabroso Champion. Renowned Mexico City luchador Cesar Gonzalez— a.k.a. Ramses, the villain wrestling champion in the film Nacho Libre—will return to Sabroso this year to defend his 2018 title of “King Of The Ring.”

About Gringo Bandito
Gringo Bandito was started in 2004 by Dexter Holland, singer for the multi-platinum punk rock band The Offspring, more as a hobby than a business. “I just thought it would be cool to have a hot sauce,” says Holland. “I gave away the first batch as Christmas presents to my friends.” The response to this new hot sauce was so overwhelming that Holland decided to put it out commercially. Sales were modest at first, and the hot sauce was distributed only in Holland’s native Southern California. “It has always been a DIY operation for sure,” Holland says. “It started small but it has just kept on growing.” After several years and over a million bottles later, Gringo Bandito hot sauce has garnered a worldwide audience and a loyal following. “We’re not the most well-known hot sauce out there,” says Holland, “but once people try it, they’re hooked.” Gringo Bandito is now sold in Australia, Japan, Canada, Finland, Switzerland, UK, Poland, Germany, Belgium, Hungary and coast to coast in the US and can be found in the top 10 on Amazon.com’s highest customer rated hot sauces amongst 5000+ other products.