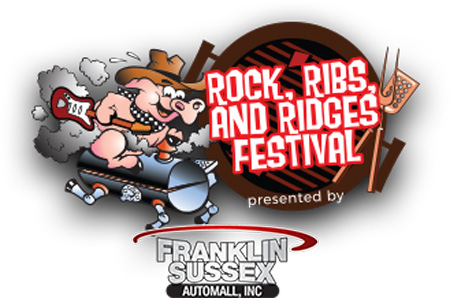 Rock, Ribs & Ridges is a 2-day music and BBQ festival that brings Southern Rock and mouthwatering BBQ to the North Jersey/NYC area.

The festival was originally conceived when festival producer Howard Freeman of Promo1 was contacted by the Hidden Valley Ski Resort in Vernon, NJ, which was looking for an event to draw customers to the ski resort during the summer when it would normally be closed. The resort hoped Freeman could do something with hot air balloons as he was (is) the producer of the annual QuickChek New Jersey Festival of Ballooning, the largest summertime hot air balloon & music festival in North America (100 balloons, 165,000 attendees). 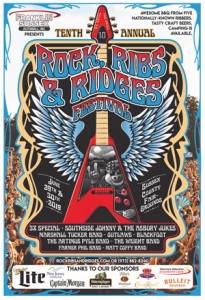 Freeman surveyed the hilly landscape, knew that balloons were not a good fit, and instead created a weekend long event marrying the trends of great music (“Rock”) and great food (“Ribs”) with the unique rustic setting at the bottom of the main ski slope with its mountainous backdrop (“Ridges”).
The Festival has featured a “Who’s Who” in Southern Rock including the legendary Charlie Daniels, Travis Tritt, 38 Special, The Outlaws, Dickey Betts, Blackberry Smoke, New Riders of the Purple Sage, Marshall Tucker, and The Weight Band. 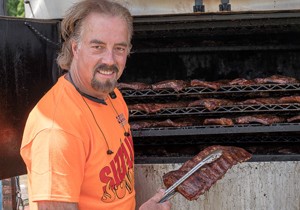 Competitive ribs teams come from across the country to compete in a juried rib cook-off for cash and the coveted prizes for “Best Ribs,” “Best Sauce” and “People’s Choice.” 25 year old Alyson Lupinetti, daughter of legendary pitmaster Butch Lupinetti who defeated Bobby Flay in a Food Network Throwdown, is the 2-time defending champion, youngest ever winner and first ever female winner. Past chefs include Jack McDavid.
The ribbers are also the lead food vendors and serve up ribs, brisket, pulled pork, sides and more for festival attendees, who are actively engaged throughout the weekend. For more information, visit their website.