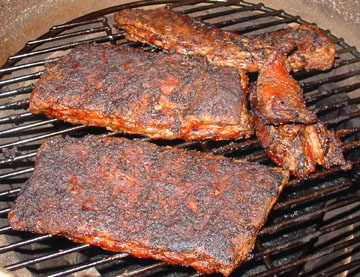 Like a side of beef, this week’s Hot News is heavy on the barbecue. Between the American Royal, a Barbecue Hall of Fame induction, and a Texas barbecue joint hitting its 60th birthday, there’s a fair amount to talk about. 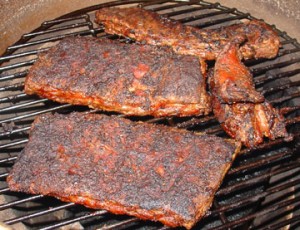 Rio Valley Meat Takes the Big Win
After a colossal barbecue battle involving over 460 teams, Rio Valley Meat BBQ emerged as the Grand Champion of the 40th American Royal World Series of Barbecue. It was their third time at the Big Show and their first Grand Championship. You’ll find the full list of winners here and information on the National Barbecue Championship here.

BBQ Bootcamp Returns
I think the world needs more barbecue edu-mac-ation in it. For one thing, it might stop people from saying “edu-mac-ation.” The Alisal Guest Ranch & Resort in Solvang, California hosts their BBQ Bootcamp, from Oct. 20-22. The focus will be on Santa Maria style grilling but there’ll also be workshops on spice blending, grilled desserts, artisan bread making, and a lot more to do. Check out the article here.

60 Years of Mesquite BBQ
I’ll throw myself into mesquite-fueled barbecue coma no problem, but I never tire of it. After six decades of making it, neither has Mesquite BBQ in Mesquite, Texas. They’re celebrating with a 60 Year Anniversary Party this weekend and it’s a must-go if you’re in the area.

B’s Cracklin BBQ Back from the Ashes
This beloved Atlanta barbecue restaurant died in a fire earlier this year but that wasn’t enough to keep it down for the count. Now B’s Cracklin BBQ is back but in a different location. Find out more here.

Vic Clinco’s Feelin’ Saucy
In the chile pepper world, Vic Clinco is known for having the largest hot sauce collection on the planet. Now he’s received outside recognition for that achievement in this feature article from the Phoenix New Times.