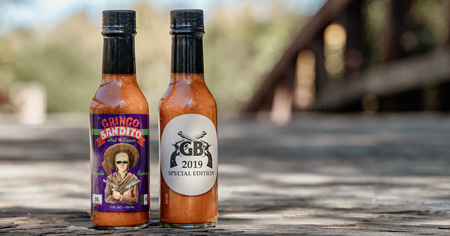 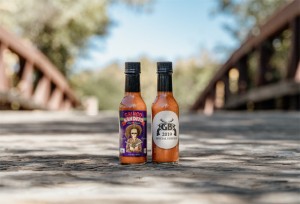 This year’s unique, and very limited sauce features a tasty blend of red fresno and habanero peppers and will be offered via two different package tiers.

Gringo Bandito and hot sauce fanatics nationwide can order the sauce, which quickly sells out, on 11/21 at 9am PST via Gringobanditostore.com 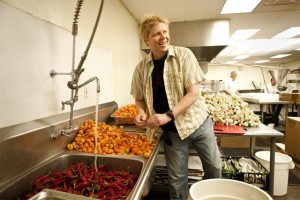 The private reserve is made with premium ingredients and has no artificial flavors, colors or preservatives. Each year, Dexter Holland takes time to curate special ingredients for each limited batch and assembles each release in creative ways to keep chileheads excited. “After 10 years of doing this Private Reserve it just feels right to make it the last batch,” says Holland. “Year after year I’m blown away at the enthusiasm people have for this reserve, and can’t thank everyone enough for the support over the last ten trips around the sun.”

With nearly a decade of Gringo Bandito releasing their wildly popular private reserve blends, all good things must come to an end with this 2019 final release. To ensure the Private Reserve goes out with a “fiery” bang, two different tiers will be offered, depending on if you are feeling Super Duper or if you’re being a Cheapskate. The Super Duper package includes a bottle dawning a warm purple label printed on silver foil material included within a wooden pine box with a clear cover. In addition, the premium package will include an extra bottle of Private Reserve (Cheapskate) along with a specially printed 4”x3” patch, t-shirt and two limited guitar picks. The Cheapskate option is simply a bare bones bottle with a small label. 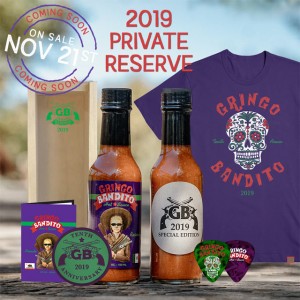 Contest: A lucky customer who buys the Super Duper package will be chosen at random to receive an extremely rare (#1 of 1) giclee print of this years Private Reserve label signed by Dexter Holland.

While this may be the last private reserve release, Gringo Bandito’s four core hot sauces are more popular than ever. The sauce continues to rank as a top 10 selling condiment on Amazon, and can be found in over 7000 stores and restaurants nationwide. 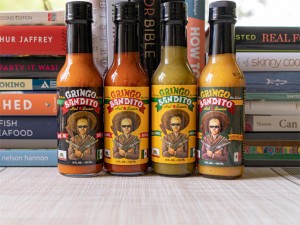 The four amigos. I mean, banditos.

Playboy Magazine has described Gringo Bandito as “the best combination of sweet and hot I have come across.” Gringo Bandito has 70% less salt than other major competitors, contains no preservatives, and is gluten-free and all-natural.