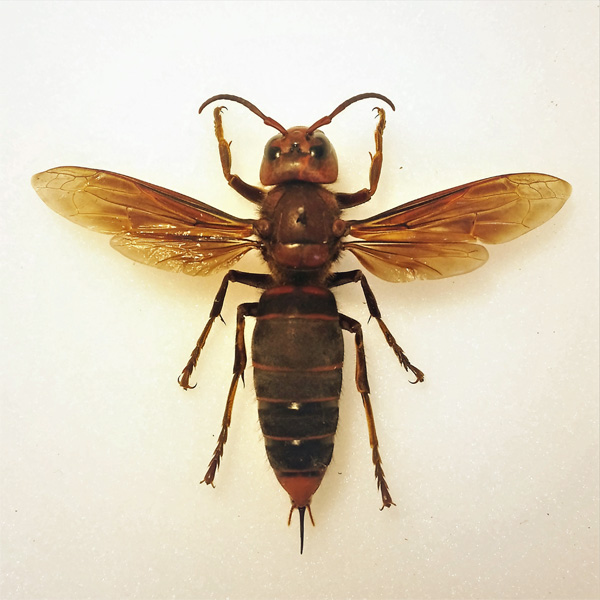 Being edible was a bad mistake, murder hornets. Apparently, you have no idea who you’re dealing with; we’ll eat any animal or plant that isn’t poisonous (and some that are). That’s how the planet’s apex predator rolls, son. That’s also why we’re going to share some culinary insights into eating you with our readers now. Feel free to follow along. 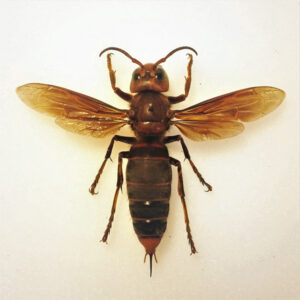 Obviously, the Asian giant hornets in Washington state aren’t native to North America. Across the Pacific Ocean, though, there’s a history of eating not just the chewy larvae of these hellish nightmare bugs, but also the full-grown adults.

The central Chubu region of Japan is where a lot of hornet noshing goes down. The grubs get mixed with rice into hebo-gohan, while the adults get skewered and grilled with butter on them until they’re light and crunchy. On top of all that, mixology gets its turn too. Live hornets are dropped in shochu. As they drown in booze, like many of us tried to in college, they do what we’d do: freak out. But for them that means venting their venom whereas we tend to vent something entirely different. Stored until the shochu turns amber, it’s served in some bars in Japan. One writer described it as akin to tasting charcoal.

Before you go hunting them to test all of this out, bear in mind that Murder Hornets are about two inches long and pack a very powerful stinger. The Washington State Department of Agriculture has more info for you on its Asian giant hornet page.