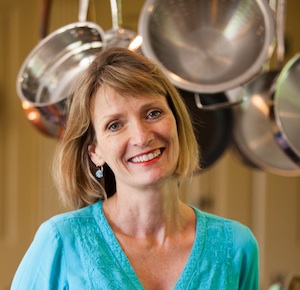 Right about now, Dave DeWitt is doing his best impression of a chicken missing its noggin. Not because he has a weird sense of humor (although he does), however. No, this is the time of year when we at Sunbelt Media run around in final preparation for the National Fiery Foods and Barbecue Show at the Sandia Resort & Casino. Having said all that, he took the time to post the guest chef list and event schedule for the 25th anniversary of this hottest of events. Here’s the deal, straight from the Pope’s keyboard:

I’m thrilled with the chefs we have lined up for demonstrations at the 25th Annual National Fiery Foods and Barbecue Show. Jennifer Trainer Thompson is the author of numerous cookbooks, including Hot Sauce and The Fresh Egg Cookbook. She has been featured in Martha Stewart Living magazine and has written for Yankee, Travel & Leisure, The Boston Globe, The New York Times, and other publications. Thompson is the chef/creator of Jump Up and Kiss Me, an all-natural line of spicy foods. She lives in western Massachusetts with her family and a flock of backyard chickens. 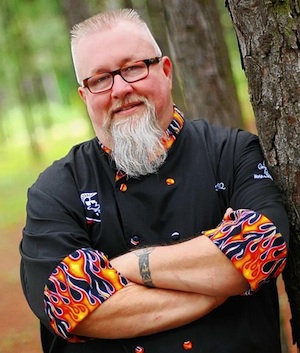 Ray Lampe, aka “Dr. BBQ,” is the author of seven books on barbecue, including The NFL Gameday Cookbook. He has this to say about himself: “I was a truck driver in Chicago for 25 years and cooking in BBQ contests was a hobby that started back in 1982. When the trucking business had run it’s course and was done I moved to Florida to sell BBQ in a parking lot. I taught a few cooking classes and wrote a few articles and the next thing I knew I was writing my Big Time Barbecue Cookbook. Since then writing cookbooks and traveling to promote them has become my full time passion and I’m loving every minute of it. I still cook in contests when I can and do some cooking classes.”

We are also bringing back The Great Grill Off, featuring four outstanding barbecue chefs. In the first round on Saturday, it’s Dr. BBQ dueling it out with Mike Stines, author of Mastering Barbecue and Peter Mollett of Texas Smokin’ Gourmet is up against Bill Milroy of the Texas Rib Rangers. The final match will be on Sunday. We will present three tequila experts performing demonstrations, one each day of the show.

Chef Demonstrations in the Cooking Tent at Sandia Resort and Casino