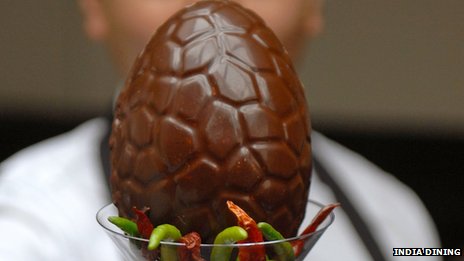 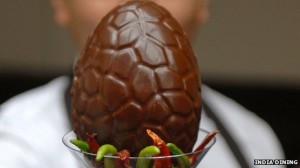 The next time Easter and April Fool’s fall on the same day, I’m going to wrap one of these as a Reese’s Peanut Butter Egg and give it to a certain buddy of mine as a “gift.” Asad Khan, owner of India Dining in Warlingham, UK applied some serious fire to the chocolate Easter egg this year. He used a ghost chile, a scotch bonnet and a habanero in the recipe.

The restaurant says it’s made 24 eggs, but will produce more to order if demand is high.