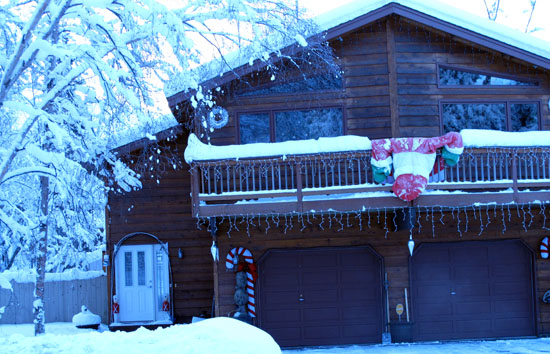 “The flu, Kringle? Really? That’s what bacon, sausage, and ham get me for Christmas?” That’s what went through my head when I staggered out of bed this year to an empty plate and no Big Green Egg under the tree. Oh, well. At least my family still loves me (thank you very much for the FoodSaver vacuum sealer, Mom and Dad). There was plenty leftover from my Santa bribe trifecta to share, so everyone got a sizable dose of Christmas pork this year. Woohoo!

The third component for the Yule Hog project was glazed ham. Seeing as how I met Adam Feinberg at the World Food Championships in 2013, I thought ham glaze would be a great test for the Feiny’s Rubs Original BBQ Rub he gave me to test. It’s a pretty well balanced barbecue rub that starts savory when you taste it and ends on a sweet note. It’s pretty good and gluten free to boot. Here’s the recipe for the ham. 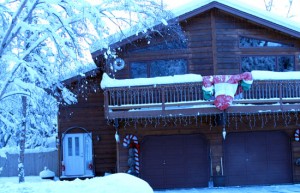 While I was mad at Santa at first (and did indeed catch the flu while visiting my folks in Alaska over Christmas), I later found out someone had a little too much to drink at the house down the street and never made it to mine. Still, someone else ate all that yummy pork and I’d bet money it was my dad.