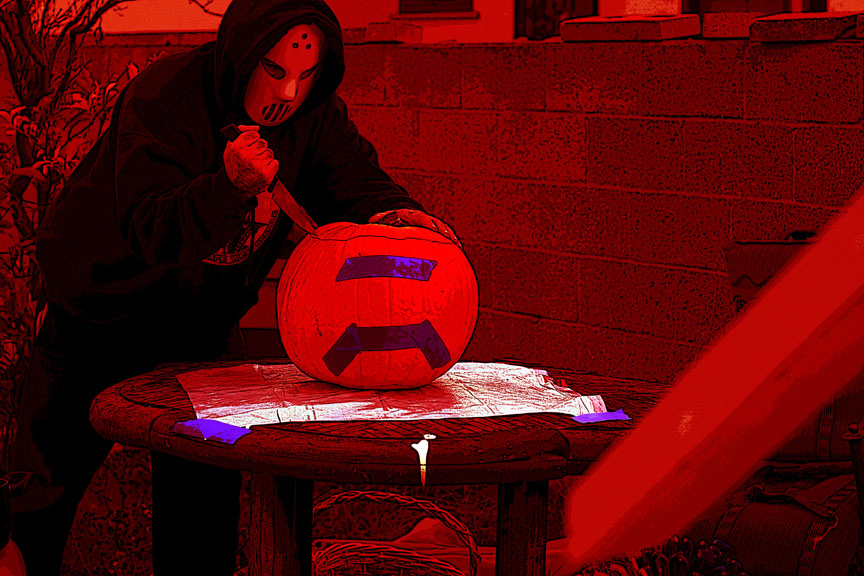 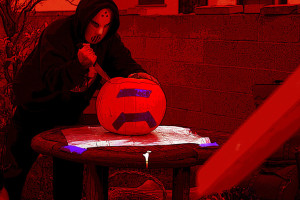 This is why we don’t buy futons on Craigslist, Jack. Muwahahaha!

Every time I’ve made smoked pumpkin in the past, I’ve learned something new. Kind of like Dr. Frankenstein making better and better monsters, only minus a village mob stopping by to pay its respects for my efforts. 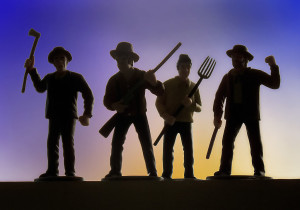 I’ve smoked Gourdzilla, normal-sized carving pumpkins, and, of course, sugar pumpkins. Which, by the way, work the best of the three. Sugar pumpkins are the ones used for pumpkin pie, have plenty of seeds in them, and they smoke a lot more thoroughly due to their small size. Every Halloween I try something new with the finished pumpkin. The results have generally been good and I’ll share the old and new concoctions each week leading up to Halloween. 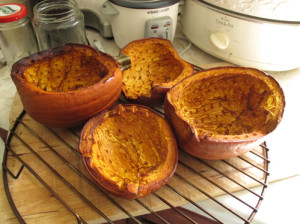 For now, here’s what I’ve found is the best way to make the stuff.