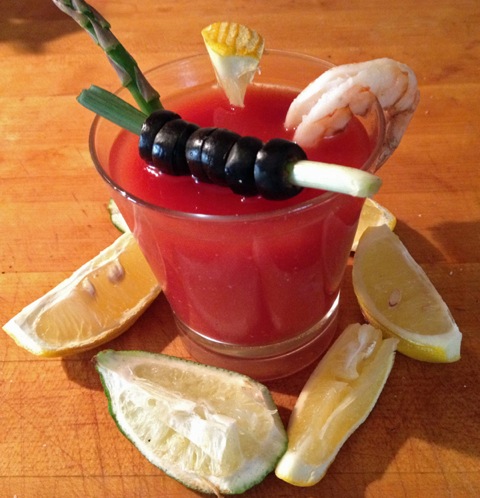 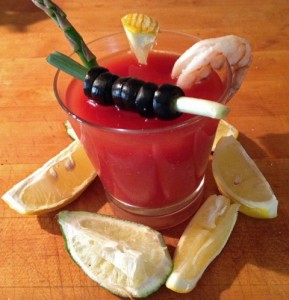 A Bloody Mary (or Caesar if your Canadian) is the ultimate brunch cocktail – along with Eggs Benedict it’s the perfect addition to any Sunday morning.

When I was in graduate school in New Jersey there was would be called now a “dive bar” that served the perfect lunch… greasy hamburgers and the best Bloody Mary… it was heaven. I never got the Bloody Mary recipe but I’ve tried for about 40 years to recreate it and finally think I got pretty close.

Most sources point to Harry’s New York Bar in Paris, where bartender Fernand Petiot reportedly originated this tomato cocktail. The name is also associated with a number of historical figures – particularly Queen Mary I of England. Some drink aficionados believe the inspiration for the name was Hollywood star Mary Pickford. Others trace the name to a waitress named Mary who worked at a Chicago bar called the Bucket of Blood.

This is my Bloody Mary recipe: