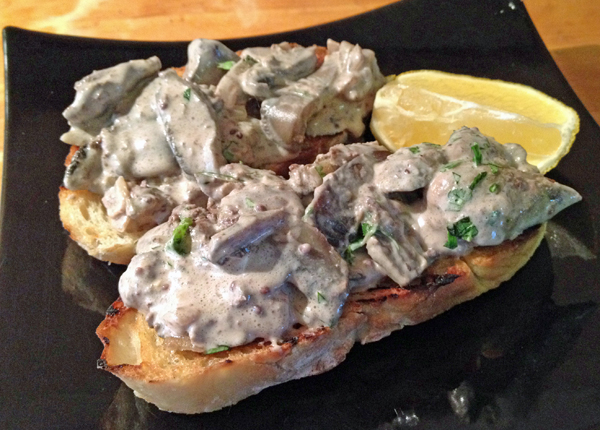 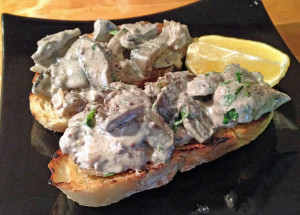 Looking for a unique appetizer that goes back to the Victorian era but is rarely served today? Try chicken livers at your next cocktail or dinner party.

I first had chicken livers as an appetizer at The Pheasant in Gestingthorpe, England, where we stayed for my daughter’s wedding a few years ago. At The Pheasant the chef uses reduced beef gravy, heavy cream and Cajun spice for the livers. 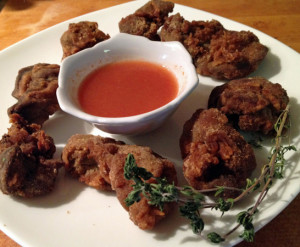 I made two variations: devilled livers with a mushroom-cream sauce and southern-style sautéed breaded livers.