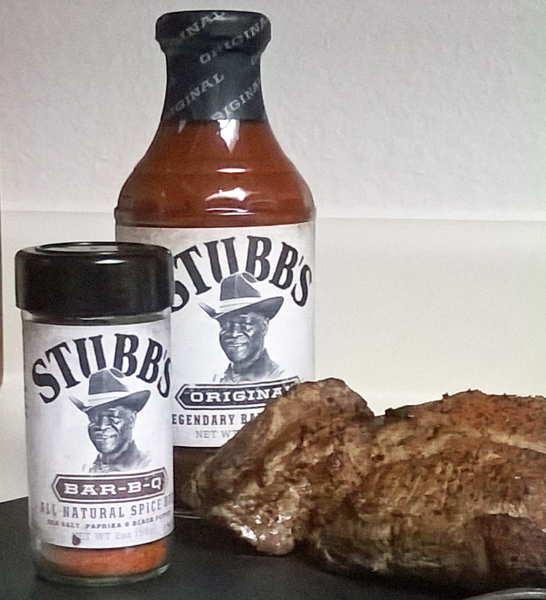 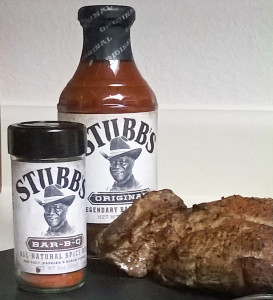 I’ve been a Stubb’s BBQ sauce fan for a while now, so when the company asked me if they could send me some product to review, I was about as hesitant as you’d expect (i.e., I wasn’t). Stubbs sent in its original sauce, BBQ rub, and the spicy sauce for me to play with. When I test a product, I generally keep the recipes straightforward so as to get the clearest understanding of how well a sauce or rub does its job. Company founder C.B. Stubblefield being a Texas barbecue man, the sensible test here was beef.

If you don’t already know Stubb’s, it’s the creation of a barbecue master known for his trademark smile and slow-smoked brisket. Stubb first cooked en masse as a U.S. Army mess sergeant, where he evolved his mess hall into the test run for what would later become Stubb’s Legendary B-B-Q restaurant. After he did his time in Korea, Stubb started his place in Lubbock, Texas.

Throughout the `70s, the place grew to noteriety for both its excellent live music matched with amazing barbecue. In the mid-eighties, Stubb moved his restaurant to Austin, Texas. Many of the same artists who jammed at the original restaurant stopped by the new location—though quite a few of them had grown famous by that time. Everyone from presidents to celebrities stopped in to experience Stubb’s unique brand of love and happiness.

Shortly after, Stubb started hand bottling his barbecue sauce. Not long after, at the urging of his friends and restaurant patrons, Stubb began hand bottling his sauce using jam jars and whiskey bottles corked with jalapenos. Word got around and he ended up on Late Night with David Letterman. When Letterman asked him what made his sauce so good, Stubb famously answered, “Love and happiness.” Though he started with only one sauce, Stubb’s full line now contains 7 sauces, 5 marinades, 2 injectable marinades, 5 rubs, 4 cookin’ sauces, and more.

The impression I get from Mr. Stubblefield’s sauces is one of balance. I tend to avoid the barbecue sauces at the supermarket since they equate sweet with flavor. That’s what I like about the Stubb’s line. I’ve been surprised by his products but never disappointed. Having never tried the barbecue rub, I was a little surprised to find it had no sugar in it whatsoever. The sauce did; it just wasn’t overpowered with sweetness. If anything, it was tangier than your typical store sauce, which is a good thing in my opinion.