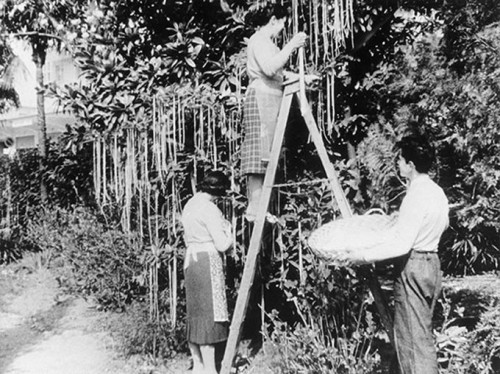 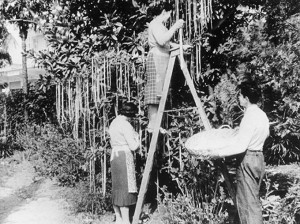 In 1957, the BBC broadcasted a short film entitled “Spaghetti Picking in the Spring”, which supposedly showed life in the countryside outside of Lugano. A very serious announcer described a tree which produced dozens of pounds of spaghetti, and he went on to explain that thanks to knowledge acquired over generations, the trees produced spaghetti of equal length, which assisted the spaghetti pickers. The following day, the BBC studios were inundated with phone calls from people who were interested in buying the spaghetti trees and wanted the phone numbers of retailers.