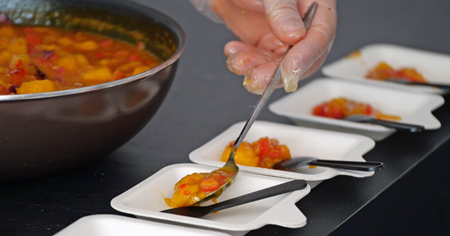 Aside from the hat, the car, and the little wafers, being the pope means travel. In the case of the Pope of Peppers (who has none of those first three things), that means travel worldwide for purposes of anointing peppers (or maybe just eating them; I’ve never been on a capsaicin crusade with him, so I’m just making it up as I go). 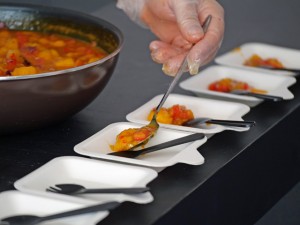 In one of his many journeys around the world, Dave “The Pope of Peppers” Dewitt went all the way to China to check out the chilehead scene at the 3rd Annual International Chilli Conference in Zunyi, which is the Chile Capital of China. If you ask him about it, you’ll find he really enjoyed the experience. 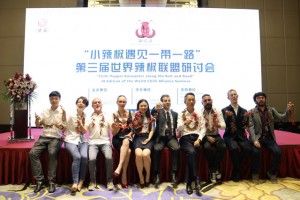 That was a year ago and a lot’s happened in that time. Now the World Chilli Alliance is active in China and elsewhere in the world making its presence known, getting more involved in the international community of fiery food lovers of which we’re all a part. 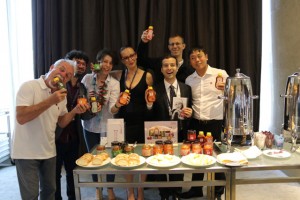 Launched in Italy back in 2018, the World Chilli Alliance (WCA) is an international nonprofit organization, that calls Chongqing, China its headquarters. This, of course, is where Dave came to know them. 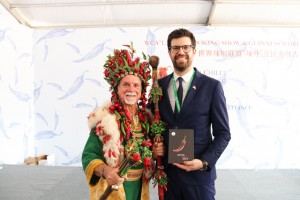 The WCA’s mission is “fostering sustainable interactions of biodiversities, traditions, technologies and usages related to chilli peppers for the promotion of a global ‘chile culture,’ with the aim of better educating, informing, and inspiring ‘chile stakeholders’ from all over the world.”
So far, the organization seems to be focusing a lot on networking around the globe, which is the logical way to lay the groundwork. Here’s a list of what they’ve done thus far.

1) Participation in the 8th edition of the Chilli Pepper Day (Peperoncino Day) in Viareggio (Italy), during which a world record exhibition of 1133 chile pepper varieties grown out by Azienda Agricola Carmazzi from their Biagi-Carmazzi seed collection was displayed. The exact number of varieties was verified by World Chilli Alliance which gave the company an official recognition for it.

2) The World Chilli Alliance website has launched (English-Chinese version). You can have a look at it by clicking here.

3) Great success for WCA in Zunyi with the implementation of all activities arranged by World Chilli Alliance during the 4th International Chilli Expo (16th-18th August). These included: 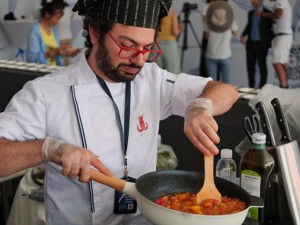 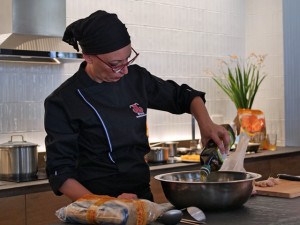 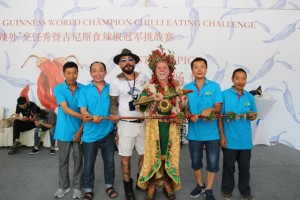 – Performance by the Chilli Pepper King

4) Implementation of the 3rd Edition of the World Chilli Alliance Seminar entitled “Chilli Pepper Encounter Along the Belt and Road” held in Chongqing on 19th August. Topics were related to the key role of the chile pepper in different areas of study: science, technology, gastronomy, culture, tourism, and art.Representatives from the local government of Chongqing, domestic and international enterprises and guests were invited to join the seminar and deliver a speech about the current and future situations of chilli peppers.

5) Attending the Cheese and Chilli Festival in the UK held from August 17th to 18th. The WCA had the chance to talk to the organizer of the festival, Simon Stewart, about World Chilli Alliance’s upcoming projects and potential cooperation between WCA and their corporate members, with the intention to nominate a World Chilli Capital in the UK, plus proposing to appoint Stewart as the UK representative for the World Chilli Alliance.

6) The search for influential people who can represent World Chilli Alliance in different countries. 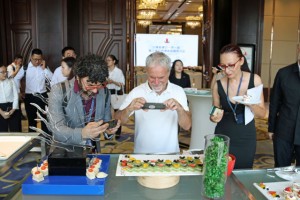 7) Waiting for the set-up of a new World Chilli Alliance Headquarter in Chongqing provided by the local government and for the installation of a World Chilli Museum, an exhibition center aimed to collect goods concerning chile pepper coming from different areas of the world.

8) Draft of the program of the World Chilli Festival which will be held in Chongqing in 2020.

10) Preparation of the draft for the World Chilli Research Center, an initiative aimed to pay exclusive attention to the scientific and technical aspects of chile peppers, with the participation of industrial experts, institutions’ and governments’ representatives, and chile’s stakeholders to voice their suggestions in finding new practical solutions in support of the spice.

We’ll be sharing more from the World Chilli Alliance as time goes on.