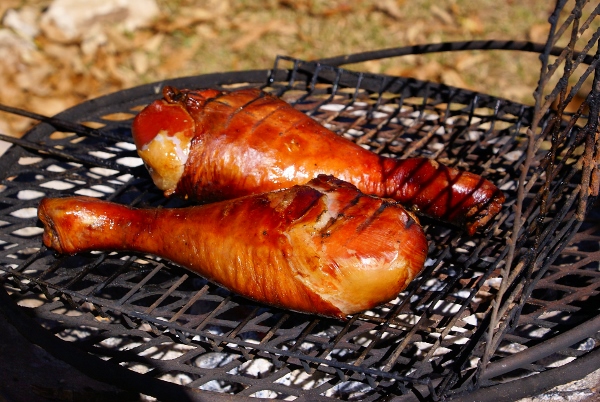 Two barbecue legends, a shipping container, and some bad wiring. It sounds like a CSI plot but it’s really this week’s Hot News. As usual, click the entry titles to find the full story.

Fame and Fortunes
The parent company of Famous Dave’s, BBQ Holdings, is gobbling up itself some brewpubs. Namely, the Granite City Food & Brewery chain, which went into bankruptcy back in December. Granite City operates 25 brewpubs in 13 states. 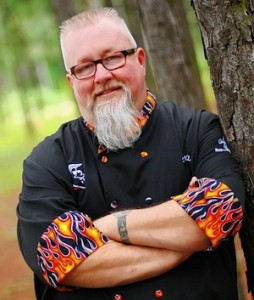 The Doc Talks Turkey
Our second legend in the world of ‘cue in Hot News would be Ray “Dr BBQ” Lampe. Between running his own restaurant, all those public appearances, and God only knows what else he’s got up his short sleeves, you’d think the man would be busy enough as it is; in fact, he’s signed on as the o-fficial spokeschef for the National Turkey Federation’s Turkey Smoke. Last year Turkey Smoke appeared as a competition category at the biggest events in barbecue, including Memphis in May and the American Royal World Series of Barbecue, where Dr BBQ demo’ed his turkey kung fu.

Blu’s Que’s
Blu’s Barbecue is the brainchild of Texas Tech grad Zach Bergenholtz. It’s not exactly a rarity for a college grad in Texas to go into the barbecue biz. We all know this. What separates his place from others is the location: a 45-foot converted shipping container. If you’re in the Dallas area and want unusual barbecue in an unusual setting, this might be the place for you. Among the meats on the menu are quail, gator, and rattlesnake. 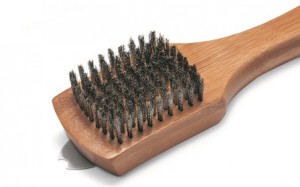 Kids, Don’t Chew this at Home
Canada has developed a new standard for wire grill brushes to cut down on loose bristles wreaking all kinds of havoc when the rogue wire bits embed themselves in food. According to Health Canada, there were 59 reported incidents involving loose bristles over a six year period, 48 of which resulted in injury.