In addition to the numerous spices found in the curries of southern India, there is one other enormously important ingredient: the coconut. It is difficult to imagine a social function in many southern Indian states where the auspicious coconut is not present. At wedding ceremonies and the breaking of ground a construction sites, a coconut is broken. According to tradition, the act is a powerful but bloodless sacrifice to invoke the blessings of the gods. In thousands of temples across southern India, priests break a coconut before representations of the gods and distribute its kernel (the meat) to devotees as a sort of communion. 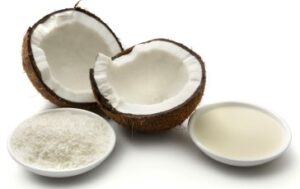 Editor’s Note: We excerpted this from Dave DeWitt’s A World of Curries. Pick up a copy here!