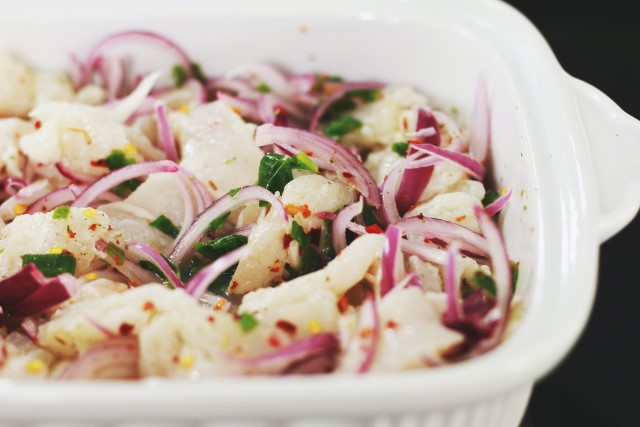 Ceviche is made all over Central and South America, so it is no surprise that it has become popular in many Miami restaurants. The citrus marinade creates an opaque color and firm texture that mimics the effect of traditional cooking. In celebration of Miami chefs’ tendency to borrow from many different sources to create a their own recipes, I have come up with a version using the Peruvian garnish of sweet potatoes, the Ecuadorian addition of roasted corn and a combination of seafood that you are likely to find at a typical Miami table. For a glamorous touch, serve the ceviche in martini glasses. Note: this recipe requires advance preparation.

Photo by Silvia Trigo from Pexels
The following two tabs change content below.