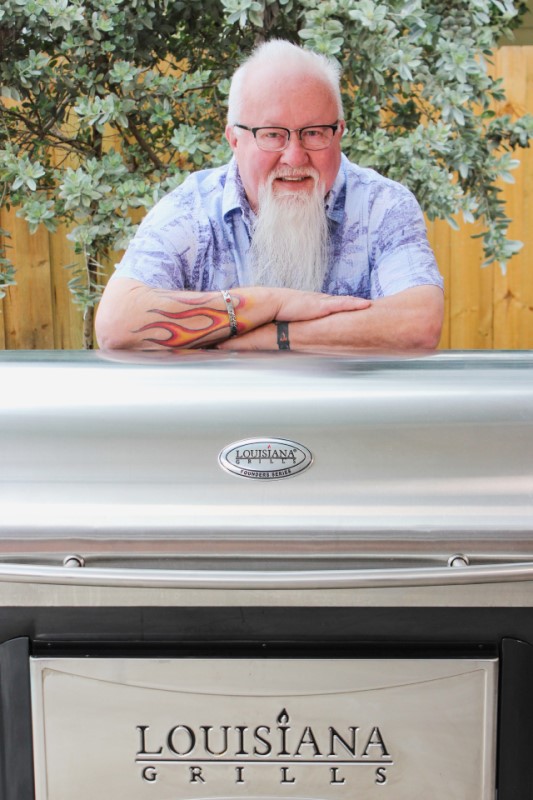 Louisiana Grills is proud to announce a new partnership with BBQ Hall of Famer and celebrity chef Ray Lampe. Dr. BBQ is joining Louisiana Grills as an ambassador for the upscale barbecue brand.

“We are so blessed here at Dansons to be surrounded by high-level barbecuers who share our passion for our products,” said Dansons President Jeff Thiessen. “‘Dr. BBQ’ Ray Lampe is world renowned in our field and having him as an ambassador adds to the credibility, quality, and authenticity we strive toward daily. We cannot wait to welcome him into the family.”

Lampe popped onto the competitive barbecue scene about 40 years ago, and later decided to turn his passion for outdoor cooking into a career. The highly decorated BBQ competitor has taken part in more than 300 contests and brought home over 300 awards. He has also penned nine cookbooks.

On television, Lampe has served as a judge on the Food Network shows “Firemasters,” “Chopped,” and “Tailgate Warriors with Guy Fieri.” He has also appeared on Destination America’s “Smoked” and the Travel Channel’s “American Grilled” as an expert judge.

The 2014 BBQ Hall of Fame inductee has competed on the Food Network special “Chopped Grillmasters” and has been featured as a pro-chef on NBC’s “Food Fighters.” In 2018, he ventured into the restaurant sector with the opening of “Dr. BBQ’s” in Saint Petersburg, Florida.

“I’ve been in this game for nearly 40 years,” Lampe said. “Never have I been more excited about a partnership than I am about teaming up with Dansons. From the Thiessen family to the incredible products, I’m honored to continue in my BBQ career alongside Louisiana Grills. I can’t wait to get started!”