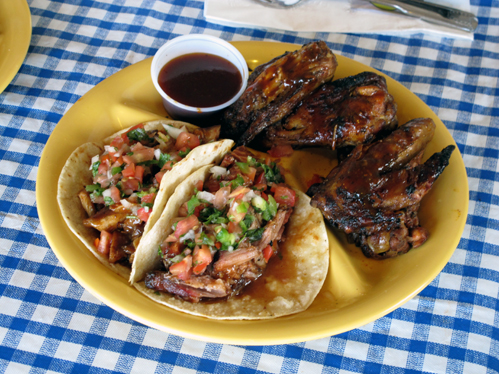 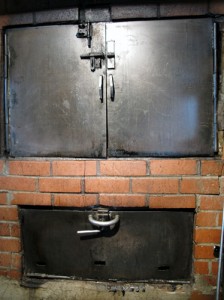 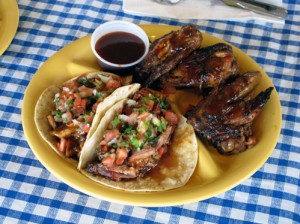 I’m in shock. Sit down because you’re about to be also. Seated? Okay, here’s a shot of whiskey. Great. Here goes…

Facebook is good for something other than stalking people and posting funny pictures.

I know, I know! It blew me away, too. You can also actually reconnect with old friends as well. Scary, isn’t it? Anyway, I’m telling you all of this because Facebook led me to some good barbecue here in Los Angeles.

A few months ago, I ran across Irine Anagnostou and her brother, Asterios, on Facebook, only to find that their family now owned and operated a barbecue joint five miles from my house. We chatted a bit, then I stopped in for lunch to check out the place.

Morfia’s Ribs and Pies is a little hole-in-the-wall in Marina del Rey, two doors down from Bartels Harley-Davidson. The place has a very modest, warm feel but that’s not too surprising. Irine and her mom, Morfia, have extensive restaurant experience. Friendly service and good food are practically second nature to them.

What was surprising was the two of them operating a barbecue pit. Then I met Morfia’s husband, Peter. He made his ‘que bones out in Texas, and now he’s brought his years of hands-on know-how to the table for the Marina operation.

I chatted with them over a plate of mac n’ cheese, barbecued beans, and a beef brisket sandwich. The food was a significant improvement over what the joint’s previous chef served, back when it was called BBQ Company. Morfia and her family took over ownership last April and while the restaurant still has its signature brick barbecue smoker, the food has gotten a lot better–thanks largely to Peter’s knowledge of Texas barbecue. Moreover, Morfia herself makes the incredible desserts that are a signature product here. 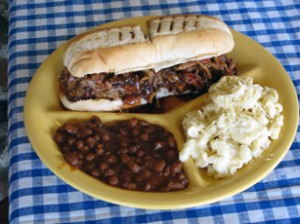 The reason I’m introducing you to them isn’t just to plug a friend’s restaurant. Over the next few months, I’m going to be working with them on some barbecue and smoking blog posts on topics that don’t work well in my little home smoker. You can find them on Facebook here, once you’re done pining for that person in high school who never noticed you back in the day. 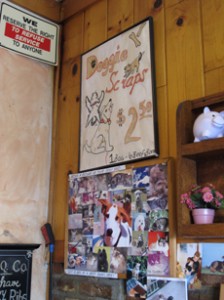