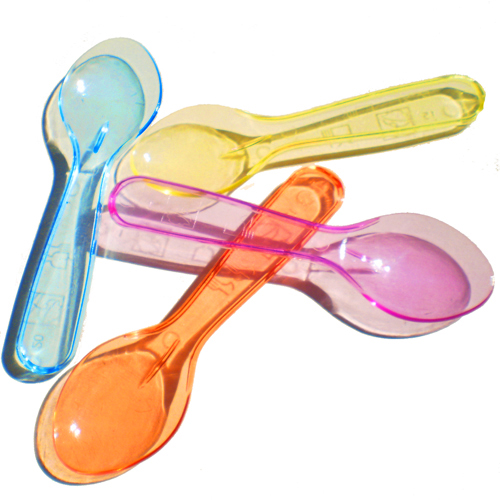 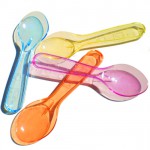 Tiny tasting spoons are the backbone of a food show!

The show hall was wall-to-wall with hungry chileheads, and we needed 10,000 tasting spoons, pronto. The problem was, we’d already purchased every small plastic tasting spoon in a fifty-mile radius of Albuquerque. With this show’s record-setting attendance numbers, some of our exhibitors had underestimated the amount of samples they’d be handing out during the weekend.

As a last-ditch effort, I began calling around to various ice cream stores, hoping to score some extra inventory of those little spoons used to sample ice cream and frozen yogurt….which also happen to be the implement of choice for sampling hot sauce, salsa, and BBQ sauce at the show. Fortunately, it was Baskin Robbins, Cold Stone, and ECCO Gelato to the rescue! We scored several thousand additional spoons, the exhibitors were restocked, and the show could go on.

This is just one example of the incredibly supportive culture of the Fiery Foods & BBQ Show, which extends beyond the day-to-day assistance that show staff and exhibitors give to each other. This year, it seemed like the entire city of Albuquerque was pitching in to help make the show a success. The weather even cooperated, with windy conditions nasty enough to keep people thinking about creative ways to amuse themselves indoors—like at a huge resort hotel with a food show. As always, the Sandia Resort and Casino was a perfect venue for the show, with helpful staff and a beautiful setting. The County Line BBQ restaurant hosted our after-hours exhibitor party, and 94 Rock did some live broadcasting during the show. Basically, it was a chilehead/Albuquerque love fest.

Folks had to endure some wicked long lines on Saturday, but they were good sports about it, and many people came up and thanked show staff for putting on such a fun event. It’s always great to get positive feedback from the exhibitors as well as the general public!

Staffer Mark Masker did a short interview with Donald, who was the first guy in line for the public hours on Saturday. He’d been in line since 6:00 in the morning, waiting for the doors to open at 11. This was Donald’s fourth show, but we’re pretty sure it won’t be his last. He said that the diversity of products that you could find at the show was one of the things that kept him coming back year after year, on what he described as his “one day off a year.” That’s one dedicated chilehead!

You can get all the lowdown for next year’s show—which will be our 25th-anniversary blowout—at www.fieryfoodsshow.com.