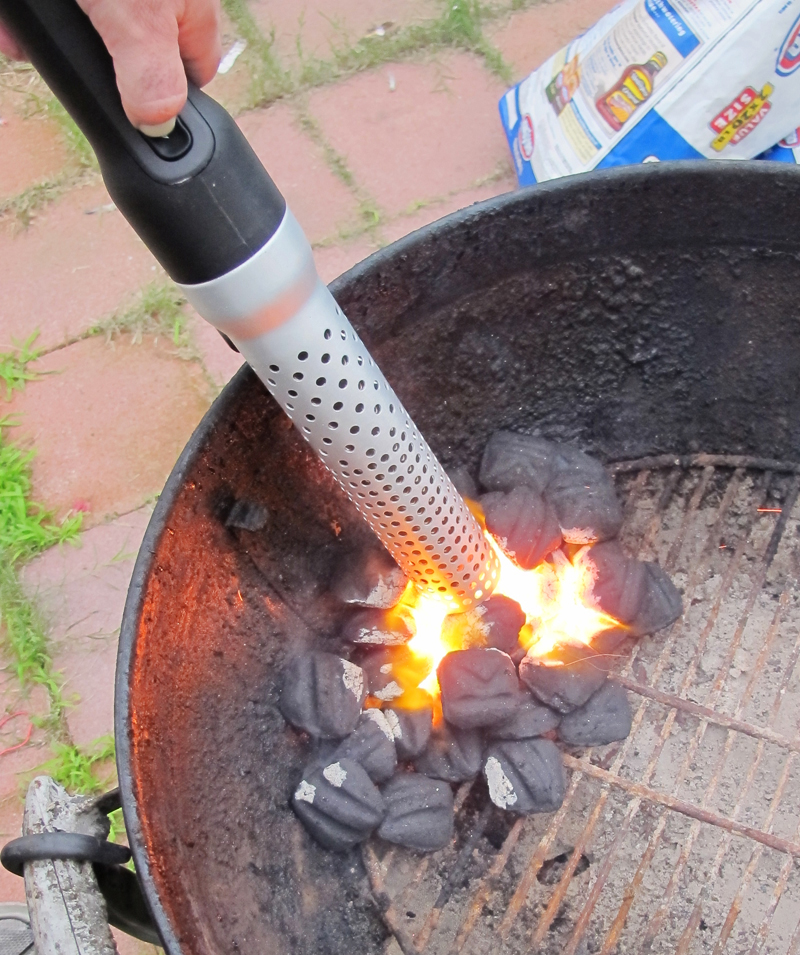 In every issue of Burn! Magazine, we’ll tell you about great new products. Contributing Editor Mark Masker had way too much fun testing out the Looftlighter. His review is below. Read more of Mark’s ravings in the April issue by clicking here.

“It’s not as clumsy or random as a blaster.
It’s an elegant weapon, from a more civilized age.”
—Obi Wan Kenobi, Star Wars Episode IV 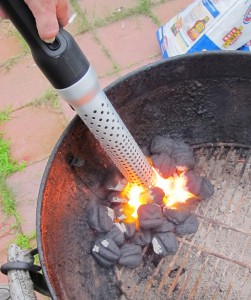 Ol’ Ben Kenobi wasn’t comparing lighter fluid to the Looftlighter here, but he very easily could have been. Looft Industries’ plug-and-play igniter is pinpoint accurate, environmentally clean, doesn’t splash flammable liquid, and, most importantly, doesn’t make your ‘cue taste like a gas refinery. Moreover, it looks like a light saber with a machine gun barrel, so it can’t be a bad thing.

Electric igniters go all the way back to the first tree that got bitch-slapped by lightning, but the Looftlighter does the job a little differently. I discovered that when a blast of hot air hit my face while I was hamming it up with the cigar for the photo. Conventional electric lighters are essentially oversize car cigarette lighters, consisting of little more than a metal element heated by electricity. The Looftlighter goes the extra mile, combining that idea with an internal fan that blows superheated air directly onto the coals while you hold down the “on” button. Within a minute, your coals are well lit.

I tested the Looftlighter out at barbeque at a friend’s house, on a cold cloudy day. The 9.5-foot cord was just long enough to get from the outlet to the grill; if you’re one of those people who keeps their grill at a safe distance from the house or whatever, you may need an extension cord to use the device. That was one of only two drawbacks I experienced with the Looftlighter. The other was that the directions assume you have half a brain. When you fire this lighter up, keep the tip two or three inches away from the coals or you may end up melting the tip, like I did. The Looftlighter worked fine after this little mishap, but the directions don’t warn you about the possibility.

At $79.95, the price may seem high, but if you grill/smoke/barbecue/pretend to be Darth Vader often enough, the Looftlighter offers a convenience that’s worth the cost. Although the company site doesn’t sell them yet at www.looftlighter.com, you can buy this sweet Swedish import on Amazon.com.