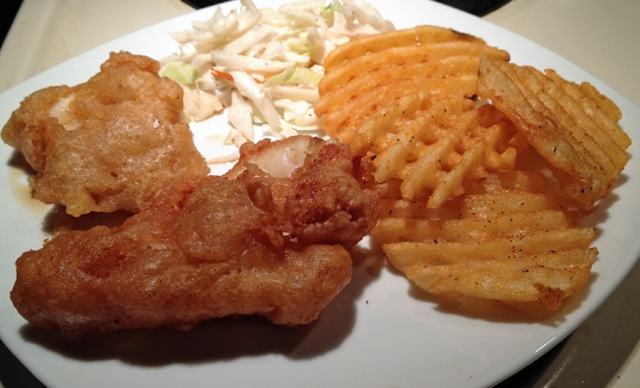 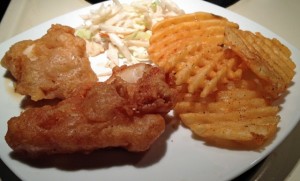 Fish and chips originated in Great Britain and Ireland during the 19th century when trawling for fish and refrigeration became a major source for fresh fish. Shops, sometimes called Chippies, opened up serving “crisps” (the British term for French Fries) with the fried fish and usually with “mushy peas.”

Cod and haddock are firm white fish usually used for the preparation of fried fish but sometimes tilapia or pollock are used. The fish is battered in a variety of different mixtures (some with beer, some with club soda) and then deep-fried. Usually it’s just served with malt vinegar, salt and ketchup.

For this spin on traditional fish and chips I added a bit of cayenne and chipotle to give the fish and chips a layer of sweet heat. The fried fish would also make great fish tacos.