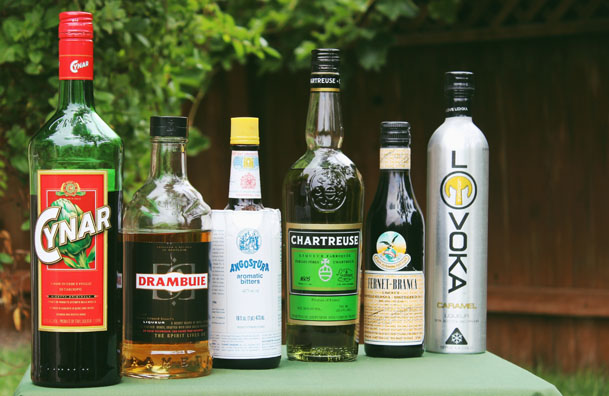 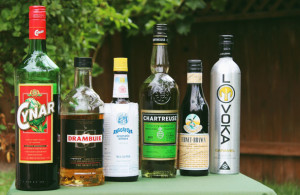 I imagine that on your trips to the liquor store, you occasionally discover a liquor that you are not quite sure how to pronounce. These tend to be the imported liquors with French or Italian names, though sometimes you’re just looking at a made-up moniker. For example, Häagen-Dazs ice cream, a company founded in Brooklyn, chose a made-up name and included a map of Denmark on their early cartons.

Here are some of the more common liquors you may run in to that with a little practice, you’ll hopefully not making a fool out of yourself by saying it wrong:

Cynar: An Italian bitter liqueur made of 13 herbs and plants (notice the superhero-like artichoke in the logo). Cynar is the trickiest for us as Americans because we’d be tempted to call it PSY-nar, but the correct pronunciation is really CHEE-nahr.

Drambuie: A Scottish liqueur made of scotch, herbs, and heather honey, Drambuie is most famously ingredient #2 in a Rusty Nail (second to Scotch). To my own embarrassment, I used to call this DRAM-bwee, only to discover the correct pronunciation is dram-BEU-ie.

Angostura: If you own any cocktail bitters at all, it better be Angostura, from Trinidad and Tobago. AN-go-STOOR-a is the right way to say this one, though you may occasionally get away with the variation AN-go-STEUR-a.

Chartreuse: The liquor that gave the color it’s name, Chartreuse is named for the location it was originally distilled in France. In the traditional French, the name is SHAR-truhsse, but the accepted, Americanized, pronunciation is now shar-TROOSE.

Fernet Branca: This increasingly popular Italian bitter liqueur, much like Chartreuse, is legendary in its contents, as some say it contains codeine, echinacea, coca, and maybe even fly’s wings (which is exactly what is sounds like). The pronunciation, however, doesn’t need to be a mystery as it’s quite simple: fur-NETT BROHN-ka.

Lovoka: Decades newer than even the newest liquor in this list, Lovoka is an excellent caramel liqueur from South Africa. The name itself is meant to remind you of vodka, and while you may be tempted to pronounce it with long O’s, that’s not the correct way. Say it like vodka: luh-VAH-kah.