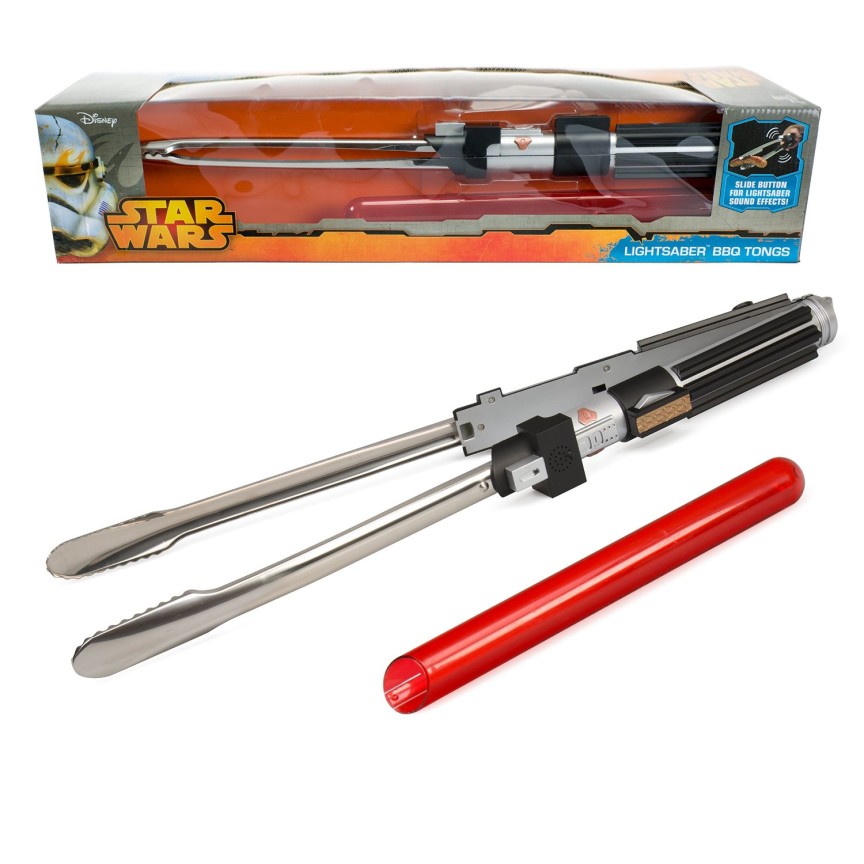 In nine days, Star Wars: The Force Awakens hits movie theaters, hoping to avenge the accidental tragicomedy known as the prequels. People are flocking to theaters to see it. If, like me, you’re one of them, consider a tailgate party near the theater, complete with all this Darth Vader grilling gear I found for you on Amazon.com. Just make sure mom doesn’t find it in the basement. We both know she’ll throw it all out like she did my old toy Millenium Falcon after I left for college. Which is now worth a fortune. That I don’t have. Because someone threw it out. 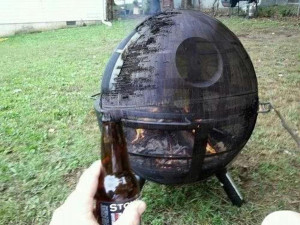 Or I could just get the hell over it. Here are five grilling accessories to bring your guests over to the Dark Side.* All of these items are real. 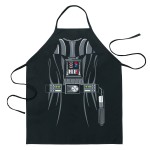 “I find your lack of pockets disturbing.”

Darth Vader Grill Apron
First, you’ll need to look the part. The lightweight, 100% cotton Darth Vader Apron certainly does the job. It measures 31.5 inches long and is one size fits all. The Vader apron is machine washable. Given that it’s under $20, it probably cost less than the Star Wars T-shirt you’re wearing under it. It’s also the cheapest item on this list. I don’t recommend a cape with it. However… 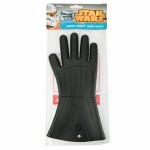 Gloves are another matter entirely. The manufacturer says that these Darth Vader Silicone Oven Gloves are heat resistant up to 445 degrees F. It also clocks in under $20 but that’s only for one glove; Disney didn’t decide to make a left-handed version. 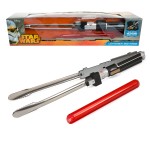 “Not as clumsy or random as a blaster, but an elegant barbecue tool, from a more civilized age.”

Modeled on the Sith Lord’s signature weapon, these lightsaber tongs are 14 inches long, with a handle made from heatproof plastic. Flipping food on a hot grill with tongs that make lightsaber noises is both cool, and saves me the trouble of making those noises myself. Not that I’ve ever done that. 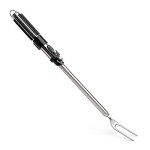 “The fork is strong with this one.”

Although the Lightsaber BBQ Fork’s handle looks just like Darth Vader’s saber hilt, it’s scaled down a little bit to better fit in your hand. Sith lords tend to do less grillin’ and more killin’ than your average pitmaster; lightsabers were designed with that in mind. Barbecue forks, not so much. Using a full-scale version would be like attaching a barbecue fork to a MagLite. And, the maker added a secondary hanging ring, so it can hang fork down. For as interesting as this thing is, I personally wouldn’t pay $38 for a barbecue fork. Not when I can get tongs that actually make the sound effects. 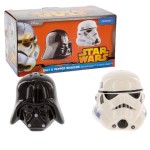 It’s the only proper way to season grilled Ewok.

Darth Vader and Stormtrooper Salt and Pepper Shakers
This Star Wars salt and pepper shaker set holds barbecue rub just as well as other seasonings, I’d imagine. They’re ceramic shakers that refill on the bottom. Like most of the items on this list, you can pick them up for under twenty bucks. 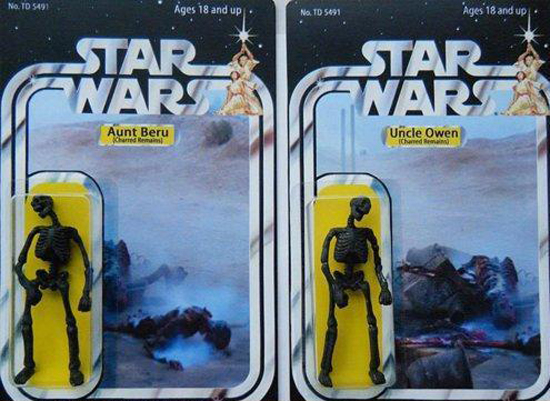 *Dark Side of the Force, as opposed to the dark side of the burgers you Uncle Owen’ed and Aunt Beru’ed while you were trying to grill and order Episode 7 tickets on your smart phone at the same time.

Special thanks to Redditor deradera for creating that cool Death Star firepit and sharing it with the world.