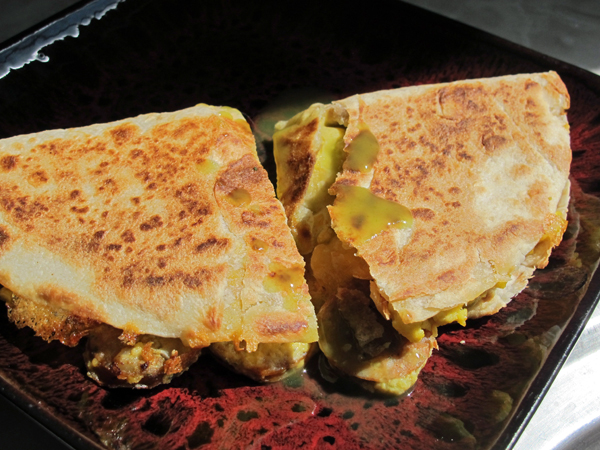 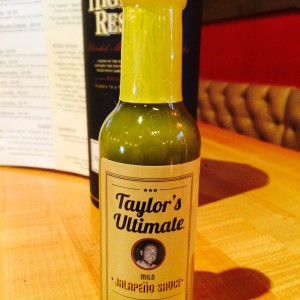 I loves me some green hot sauce with my eggs so when Taylor’s Ultimate tapped me to review their tasty selection of products, I decided to start with their Mild Jalapeno Sauce on one of my personal favorites: the breakfast quesadilla.

Founder Taylor Hicks has cooking in his blood. Between the Southern cooks on his mother’s side and the Peruvian influence from his dad, he’s got a pretty open mind when it comes to the culinary arts. You’ll see it when you taste some of the hot sauces in the Taylor’s Ultimate stable. The Mild Jalapeno, though, is precisely that: a jalapeno-based hot sauce with noticeable sting that doesn’t beat the flavor into submission while overpowering your taste buds.

It’s a combination of vinegar, jalapeno, and salt that’s long on pepper flavor. That’s what I liked about it. A lot of the bigger companies’ green sauces aren’t just weak on heat, they have slightly less flavor than white toast slathered in Elmer’s glue. Taylor’s has a really pleasant pepper flavor that’s good to wake up with on your breakfast food. We’ll be reviewing another of their more exotic offerings next week. Until then, give this quesadilla a try. 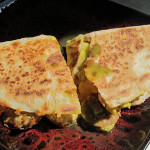