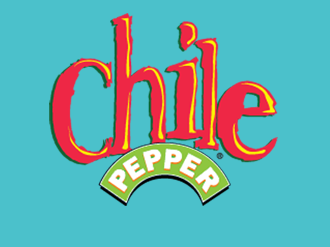 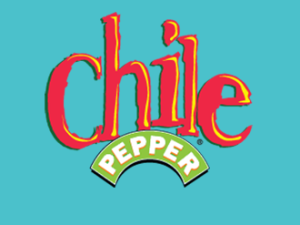 Good news! Chile Pepper Magazine has signed on as sponsor for our National Fiery Foods and Barbecue Show. Here’s how Dave Dewitt explains it on his blog:

As many of you know, I was the founding editor of Chile Pepper magazine from 1987 to 1996. I was never the owner or publisher of that magazine. After I left, the magazine was bought and sold about five or six times until it ended up in the hands of Mcaby Media in Stafford, Texas. They have done a wonderful job publishing the magazine and a few years ago started exhibiting at our national show here in Albuquerque. In March at the show this year, I had a discussion with Rick McMillen, the former publisher of Chile Pepper, who’s now “retired” but still writes articles and columns for the magazine. His son, Sir McMillen, is now the publisher. Rick and I discussed the possibility of the magazine sponsoring the show, and Rick suggested that I write a proposal and if he liked it, he would pass it on to Sir. Yesterday, Sir and I came to an agreement, and now Chile Pepper magazine is an official sponsor of the show, and I’ll probably be writing again for the magazine I helped to found 29 years ago! It really is like a dream come true for me, and Sir has issued this statement: “Chile Pepper magazine is thrilled to be an official sponsor of the National Fiery Foods & BBQ Show. It only makes sense that two revered companies within the chilehead community join forces. Together we can continue to build our own brands, reach more of the ever growing chilehead community, and expose more and more Americans to the spicy lifestyle.”

I’m sure there’ll be more news as ideas stew in Dave’s noggin. When we know more, you’ll know more. For now, check out the latest and greatest at Chile Pepper magazine’s website.