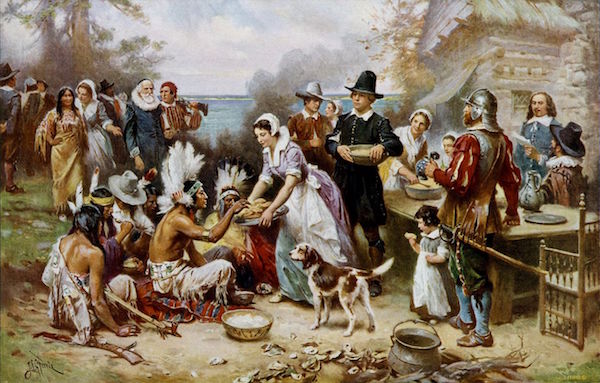 Everyone’s Fantasy of the First Thanksgiving

Most of what you think you know about Thanksgiving is just not true, but that doesn’t make the holiday any less enjoyable. It is widely written that the first Thanksgiving occurred in 1621 and was celebrated by the Pilgrims, English settlers, and Indians, and that turkey was served. None of this is true. The first English Thanksgiving event occurred in 1578 in Newfoundland and, of course, Native Americans had celebrated the harvest for thousands of years before the English invasion. The 1621 event was probably a harvest celebration, but not a “day of Thanksgiving,” which implies fasting and prayer.