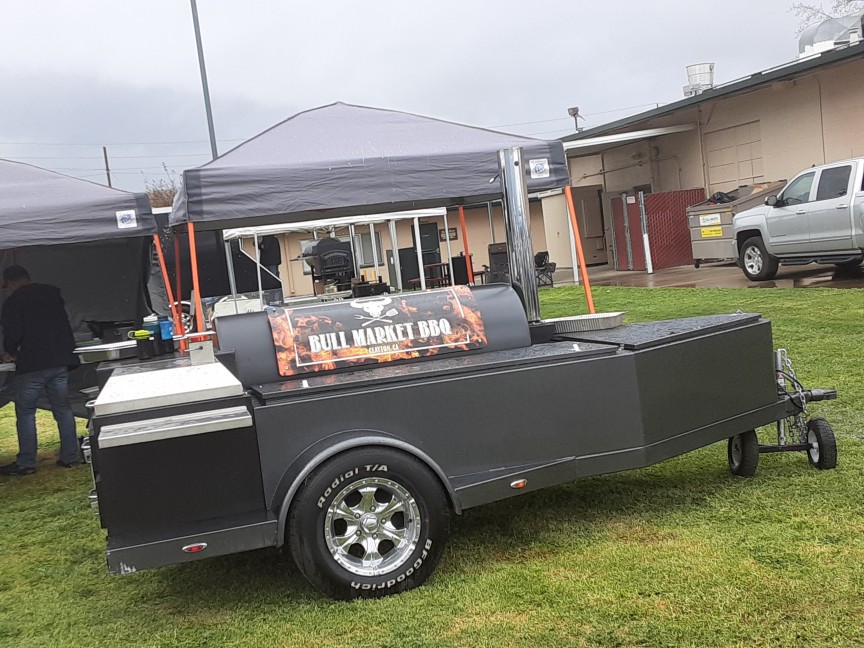 Back Yard on the Grape is a barbecue competition without the barbecue competition (in a sense). Barbecue teams show up, they do compete and get judged, and there are winners. What there isn’t is blind judging and with the way the competition is set up, that’s great for everyone involved.
This year was my first judging Backyard on the Grape. Last Saturday we rolled up from LA to Lodi in Northern California, braving high wind and gas station bathrooms, just in time for the judges’ meeting. The teams had it harder than we, did though.

Which, unlike the KCBS meetings I’m used to, was much more informal. We were given the criteria for judging, which was very similar to that of a KCBS event, but seeing as most of the 30-ish judges on hand were either veteran judges, veteran competitors themselves, or both, there was no go over all the rules. Besides, the judging format itself is very different from a KCBS event; reading the regulations wouldn’t have made all that much sense anyway.
It breaks down like this. Each team cooked the Big Four of KCBS (pork ribs, chicken, pork shoulder, and brisket) plus tri-tip roast. The individual teams sat in front of their judges’ table and each judge told the team their scores and the reasons for them. This is all because the whole point is to help teams up their game. 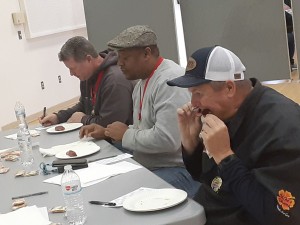 With a lot of the judges also being experienced team members and chefs themselves, not only did the contestants learn, if you kept your ears open, it was also a real learning opportunity for us other judges, too. The only bad thing I have to say about this style of competition is that there aren’t more like it.