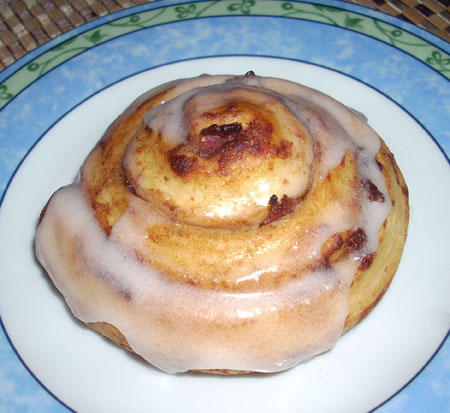 Celebrated traditionally (if you can use that word for a holiday that’s only been in existence for seven years) on the Saturday before Labor Day, International Bacon Day throws a well-deserved spotlight on a much-loved culinary marvel. Anyone who has watched Top Chef knows that the winner will be the one who managed to sneak some bacon, salt pork, or back fat into their dish. According to the fantastic book Charcuterie: The Craft of Salting, Smoking, and Curing by Michael Ruhlman and Brian Polcyn, bacon “…is one of the great flavors available to a cook, and depending on how the bacon itself is prepared, it can be a versatile ingredient in many dishes.” And how. The versatility of bacon becomes apparent when skimming an assortment of bacon-based recipes: chocolate-dipped bacon, deep-fried macaroni and cheese with bacon, Angels on Horseback (this is a dish created by wrapping oysters in bacon and stabbing that with a skewer. The skewered pieces are then dusted with cayenne and broiled until the bacon becomes crisp), and one of my favorites—bacon cinnamon rolls! 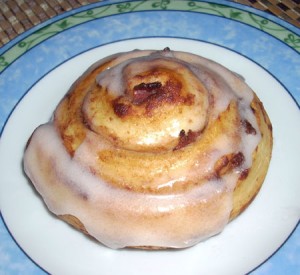 These are so easy, it’s almost a non-recipe. Sure, you can complicate matters by making your own dough and cooking bacon from scratch, but for pure instant gratification, this is the way to go. And since we’re celebrating a holiday conceived by college students, I believe instant gratification is in keeping with the true spirit of the day.

1 can refrigerated cinnamon rolls with icing

I used Trader Joe’s pre-cooked bacon and was very satisfied with the result because the bacon was just the right consistency to roll without breaking. However, if you already have bacon in the fridge, either bake it or fry it slowly until most of the fat renders out but the strips do not become crisp. Dry on paper towels before rolling into the dough.

Open the package of cinnamon rolls and unroll each strip of dough. Lay bacon along the length of the roll. If the bacon hangs over the edges a bit, that’s fine as it will crisp up in the oven.

Re-roll the cinnamon rolls, place on a cookie sheet and bake following directions on the can. You may choose to add a couple of minutes to the baking if they aren’t golden enough.

Let the rolls cool on a wire rack, ice, and serve.