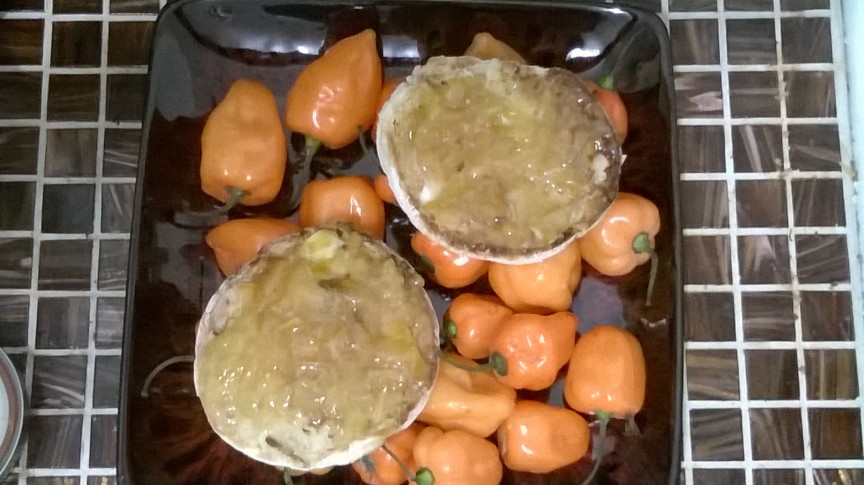 Although the chinense variety known as the datil pepper has been grown near St. Augustine, Florida, for hundreds of years, the other varieties of the species were virtually unknown in this country until quite recently. The first detailed discussion of the species appeared in the Bulletin of the Toney Botanical Club in 1957. Botanists Paul G. Smith and Charles B. Heiser, Jr. (who spelled the species “sinense”) wrote that they collected seeds for ten years in order to study the species and eventually grew plants from eight-five different lots of seed at the University of
California, Davis and Indiana University. They wrote that the smallestpodded plants they grew came from British Guiana (now Guyana). 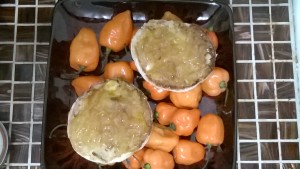 At the time that Smith and Heiser were writing, the only habanero products in the United States were the occasional bottles of Caribbean hot sauces brought back by tourists—except for one domestic product, Scotch Bonnet, a sherry-pepper sauce. Amazingly enough, this first U.S.-made habanero product goes back more than a century. Pepper sauce manufacturer Louis Borie, of Richmond, Vermont, tells the story: “My family has been producing Scotch Bonnet for more than one hundred years. As best as I can determine, my great-great grandfather began making the product for himself and, eventually, some friends in the Philadelphia area. My grandfather started selling it through John Wagner and Sons some time in the early part of the century. My father continued to make the product for Wagner’s, and when he died several years ago, I took over production.

“Wagners has never made much of an effort to market the product outside of the Philadelphia area, probably because they assumed there was little market for it. Consequently, production has been limited, although I know my grandfather did make it in some quantity in the thirties and forties. I am making more of an effort to market the product now that peppers and hot foods have become more popular.

“My family has always grown the Scotch bonnets in the Philadelphia area and now in Vermont. The pepper seed has apparently been in our family since my ancestors emigrated from France to the United States by way of Haiti in the early 1800s. The story is that they had to flee Haiti during a slave uprising and managed to take a few pepper seeds with them.” 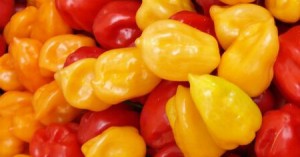 The next habanera products available commercially in the United States were hot sauces imported in the 1970s. It is quite difficult to track down the precise dates when regular importation of the various chinensecontaining sauces began, but we do know that in the early 1970s, Matouk’s Hot Sauce from Trinidad was imported into the United States through Brooklyn, New York, and two versions of Jamaica’s Pickapeppa (one mild, one quite hot) began appearing in U.S. groceries.

Interest in the habanera and its cousins was piqued in 1984, when Jean Andrews described the species in her book Peppers: The Domesticated Capsicums. “This is the chili pepper that separates the men from the boys,” she wrote, and portrayed it as the “secret weapon” of Louisiana peppereating contests.

It is difficult to determine which of the U.S. datil sauces was the first on the market, but we do know that Chris Way was packaging his Dat’l Do It in 1981. Other datil sauces of the 1980s included Liquid Summer, manufactured by blues musician Bill Wharton, and Salsa del Diablo, made by Jeff Campbell and only sold from his roadside stand in Stonewall, Texas. In 1988, fresh habaneras appeared at the first National Fiery Foods Show held in El Paso, Texas, when Jeff brought fresh pods from his farm (no habanera products were displayed at the show). About the same time, Chris Schlesinger of the East Coast Grill in Cambridge, Massachusetts, began mixing Scotch bonnets with onions, mustard, and tropical fruit juices. The result was his Inner Beauty hot sauce, a brand that soon became very popular.

During the next few years, as habanero sauces and other products were introduced, the most common reader questions, phone calls, and recipe requests to the Chile Pepper magazine concerned habaneras. “Continually, people call our office looking for fresh habaneras, habanero sauces, and habanero seeds from this powerful chile,” wrote Robert Spiegel, publisher of Chile Pepper, in 1989. Robert del Grande, owner and chef of Cafe Annie’s in Houston, recalls that, in the late 1980s, “We would pay top dollar to get them [habaneras] from the Caribbean. Half would be rotten, garbage material, and the other half were past their prime.” Then, at the second National Fiery Foods Show in 1990 in Albuquerque, Nancy and Jeff gave little pieces of pickled habaneras to friends they knew could take the heat or those who were so macho that nothing seemed even warm to them at the show. These proved to be very popular.

At the time, Melinda’s Hot Sauce from Belize became the fastest-selling hot sauce introduced in this country. The sauce was so popular that it transcended the specialty food market and was soon available in supermarkets nationwide. It proved to be the leader for the popularization of habanero products, which soon proliferated. Additionally, Frieda’s Finest (later, Frieda’s, Inc.), a California specialty produce company, began nationwide distribution of dried habaneras to supermarkets on May 4, 1990. The success of the dried product led to the distribution of fresh habaneras in September of the same year. Another specialty produce company, Melissa’s World Variety Produce, soon began distributing a variety called goat pepper, a chinense with a presumably Bahamian origin. At the 1991 National Fiery Foods Show in Albuquerque, there were at least ten habanero products on display—both imported and domestic—which included hot sauces, marinades, and jerk sauces. The jerk sauces, based on Jamaican recipes (see pages 93-110), reflected the growing appeal of Caribbean foods; most contained Scotch bonnet or habanero variety chiles, pimento (allspice, not to be confused with pimiento, the olive-stuffing pepper), onions, and salt. Other ingredients commonly added included garlic, ginger, vinegar, soy sauce, ketchup, thyme, cinnamon, and nutmeg.

By the end of 1994, at least twelve national seed companies were carrying generic habanero seed, Seed Saver’s Exchange Yearbook listed the availability of seed from approximately fifty chinense varieties. Whatever the number of habanero products, no one doubts their growing popularity, which parallels the overall trend toward hot and spicy foods in this country. And the enormous demand for habaneras in particular has led to habanero farming in the United States. 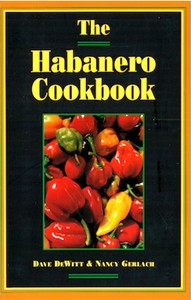 Editor’s Note: We excerpted the origin story of habaneros in the U.S. from The Habanero Cookbook. It’s chock full of history, insight, and recipes for habanerophiles. Pick up a copy here.