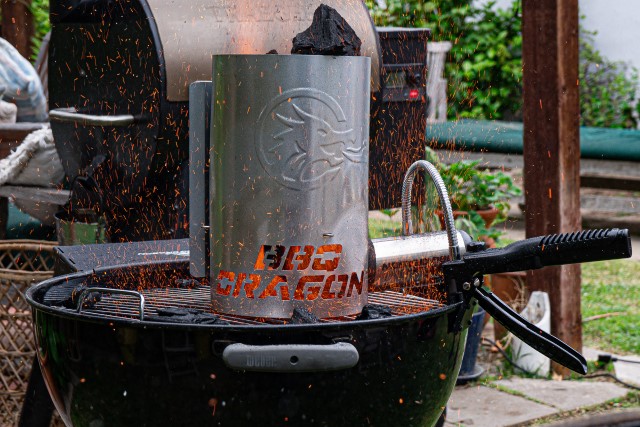 “This is a product that works better than you think it’s going to,” says BBQ Dragon’s Director of Marketing, George Prior. “You just stick some newspaper in the side hole of the Chimney of Insanity, light it, and then insert the fan, and a second later there’s a roaring noise like a jet engine. About two minutes later flames and sparks are shooting out the top and your neighbors are shouting over the fence to see what’s going on.”

Prior says the Chimney of Insanity now comes in an XL size, which holds more than any other charcoal chimney on the market.

Enter the contest at this link: https://app.viralsweep.com/sweeps/full/cbbce6-99750?framed=1 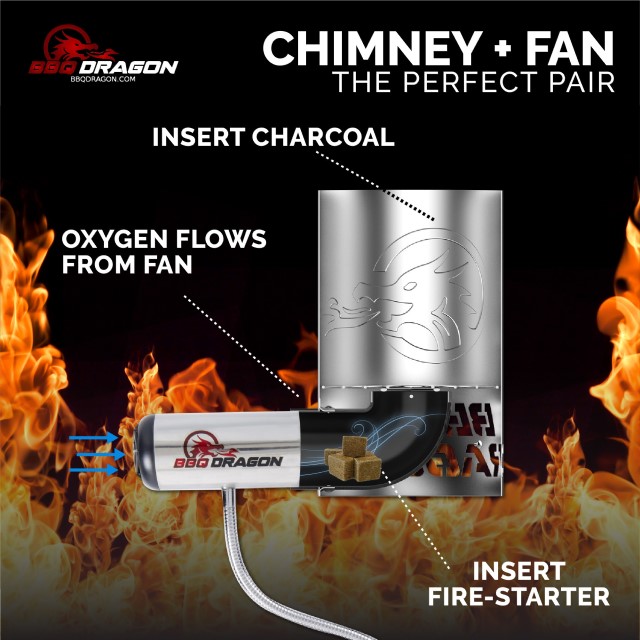 BBQ Dragon products are available online at major retailers like Target, Home Depot, and Lowes, as well as on Amazon.com and the company’s website at bbqdragon.com.

BBQ Dragon makes innovative grill tools. The creators of the BBQ Dragon Fan and the 2-minute charcoal Chimney of Insanity, their mission is to create innovative products that inspire customers to excel at barbecue.