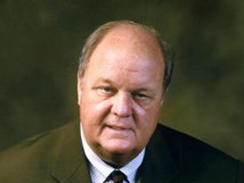 Paul McIlhenny, CEO and Chairman of the Board of McIlhenny Company, passed away on Saturday, February 23, 2013, at the age of 68. A sixth-generation member of the family to live on Avery Island and fourth-generation member to produce Tabasco brand Original Red Sauce, Mr. McIlhenny joined McIlhenny Company in 1967 and directly oversaw the production and quality of all products sold under the Tabasco brand for 13 years.

At the time of his death, Mr. McIlhenny was serving as Chairman of the Board, Chief Executive Officer, and a Director of McIlhenny Company, as well as President and a Director of Avery Island, Inc. As an active and concerned member of the community and environment, Mr. McIlhenny served on the board of the America’s WETLAND Foundation, and worked diligently to preserve Louisiana’s coastal wetlands. He also served as President and Director of Bayou Corporation (Bayou Club).

During Mr. McIlhenny’s tenure, McIlhenny Company experienced many years of record growth in sales and earnings, marked by the introduction of multiple new products and flavors. He also led an expansion of the brand’s merchandising, licensing partnerships and product offerings to include numerous products co-branded with the Tabasco brand name, as well as a thriving catalogue business in licensed merchandise. Mr. McIlhenny continued to expand the distribution of the company’s products to more than 165 countries and territories where they are sold today. He also co-authored The 125th Anniversary Tabasco Cookbook, which was first published in 1993.

Our own Dave DeWitt shared this memory of Mr. McIlhenny: “When the crew of the video documentary ‘Heat Up Your Life’ arrived in Avery Island to produce a segment on Tabasco Sauce, we were quickly ushered into Paul McIlhenny’s office, where he took care of everything we needed. He lodged us in one of the McIlhenny family plantation mansions, where we had servants, a full bar, and meals whenever we needed them. He provided a guide so access would be easy to every part of the island, and my interview with him in a field of tabasco chiles was great. Then Paul, who was CEO of McIlhenny Company, came over to the mansion, rolled up his sleeves, and personally cooked a crawfish boil for us in the yard in an iron pot over a wood fire, like the old days. It was splendid, Paul was as fine a Southern host as anyone could wish for, and I’ll never forget that fiery trip.”

You can see Dave’s clip from that trip here.