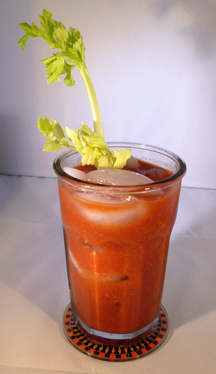 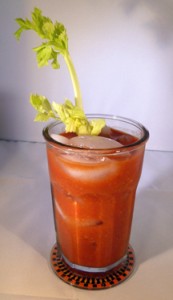 If you’re a home gardener, you’ve probably experienced the dreaded Zucchini Syndrome. Over-producing squash plants make the zukes faster than your family can eat them. You try to give them away, but no one wants them because they’re now larger than your cat. Well, the same thing can happen to chile plants, which is why I wrote Too Many Chiles with Nancy and Jeff Gerlach. But at least you can dry the chile pods to preserve them—something you can’t do easily with zucchinis and large tomatoes.

Because I’m writing a book on microfarming, this year I decided on two relatively valuable crops to experiment with: superhot chiles and heirloom tomatoes. The superhots, Scorpions and Barrackapores, are no problem because demand exceeds supply and retailers can sell the pods fresh for a dollar each! But selling fresh tomatoes in the summer is a challenge because everyone has them. I discussed this situation with some chef friends, and their suggestion was to puree the tomatoes and freeze the puree in pint or quart amounts so that chefs would have access to organic, heirloom tomatoes during the winter for sauces and as an ingredient in various other dishes. They also told me they would buy fresh culinary herbs and greens if I could produce them in my small greenhouse during the winter, so I’ll give that a shot too. Understand that I’m not changing my careers or retiring—I’m just experimenting for the new book.

I harvested 41.6 pounds of tomatoes in July and fully expect at least a couple of hundred pounds for the entire season. Heck, one of the Brandwines I picked today weighed nearly a pound! Less the ones that we’re eating or giving away, the harvest will produce a lot of puree. Will it be worth more than fresh tomatoes sold now? I’m betting it will.

I did some research on using fresh, uncooked tomato puree, which of course is thinner than commercial or even cooked purees. Besides making pasta sauces—a no-brainer—there weren’t a lot of good ideas out there, so I decided to try some experiments, starting with something alcoholic. I critique my recipe below.

Critique: I erred originally by adding the lemon juice and Worcestershire sauce before simmering. It needs to be added to the mix after the cooking, so I adjusted the recipe to reflect this. The finished mix did not have the tart “pop” that I expected, and the Worcestershire sauce was hard to detect after cooking. That said, the mix was far better than any bottled mix I’ve ever tried, and the fresh tomatoes had none of that “processed” or canned flavor. The cooking thickened and concentrated the tomatoes, so the mix was diluted perfectly by the ice and vodka. All in all, a fine use for too many tomatoes.