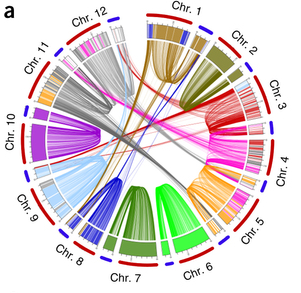 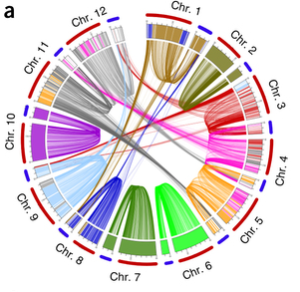 Researchers at the Department of Plant Science at Seoul National University in South Korea have compared the genome of the chile pepper with that of its botanical cousin, the tomato, and have discovered that the gene responsible for producing capsaicin, the chemical that makes chile peppers hot, appears in both plants. Tomatoes carry four nonfunctioning copies of the gene, while chiles carry seven nonfunctioning genes and one functioning copy—the one that produces the heat.

The scientists suggest in the journal Nature Genetics that the finding could help breeders boost not only the pepper’s heat, but also its nutritional and medicinal properties. One researcher even suggested that geneticists could activate one of the tomato’s dormant genes, enabling capsaicin production and creating a spicy tomato.

Several questions come to mind. Do Trinidad’s superhot chiles like ‘Scorpion’ and ‘Moruga’ have two functioning gene copies, and that’s why they’re so much hotter than other members of the Capsicum chinense species? Do related potatoes and eggplants, also Nightshades, have the same non-functioning capsaicin genes? Note that activating a dormant gene in a plant does not necessarily make it a GMO, which is generally recognized as the result of splicing genes from other organisms into a plant.