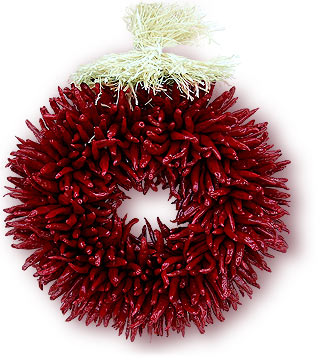 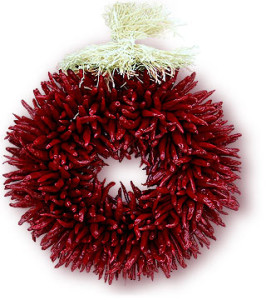 I don’t know how you’re celebrating National Hot Sauce Day, but I’m working on a blueberry nasharab sauce for some chicken. I’ll post the results and review tomorrow. Meanwhile, I thought I’d share some history factoids from the early days of hot and spicy sauce for your amusement.
In her book Hot Sauce, Jennifer Trainer Thompson tells us the first advertisement for hot sauce may have been in a Massachusetts city directory in 1807, made by New Hampshire farmer.
In 1865, the Missouri steamboat, Bertrand, sank. Among its salvage: hot sauces. It’s proof that Midwesterners were spicing up their food with hot sauce at least as early as the Civil War.
Also in 1865, a New Orleans banker who’d lost his fortune during the war turned to gardening. His name was Edmund McIlhenny. and the tabasco chile peppers he raised became the basis for the company we now know as Tabasco.
American troops brought Tabasco sauce to war with them during World War II and Korea. During the Vietnam conflict, any GI who wanted a bottle of the stuff needed only ask for it. When the US entered the Gulf War, every third MRE had a small bottle of Tabasco in it.
One of the first uses of product placement in movies was Tabasco’s appearance in the 1974 James Bond film, The Man with the Golden Gun.