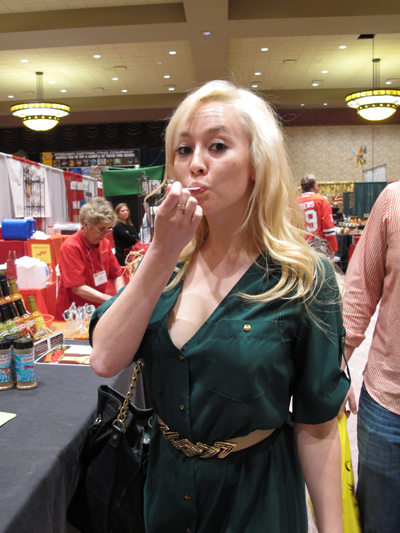 This year’s show was pretty sweet. No, seriously, there was a lot of sugar running around. 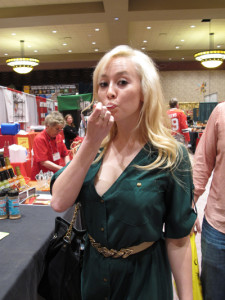 …and there were desserts, too.

The National Fiery Foods and Barbecue Show kicked off March 3rd and ran through March 6th, at the Sandia Resort in Albuquerque. Last year’s show held an omen that predicted what’s becoming the next big deal in spicy: the sweet stuff. We’d seen a few fruit salsas and fired-up chocolate in 2015; this year, there were so many sweet offerings I half suspected to see a free insulin booth. Fruit salsas and hot sauces, jams, jellies, and chocolates made their presences felt with authority all over the showroom floor. 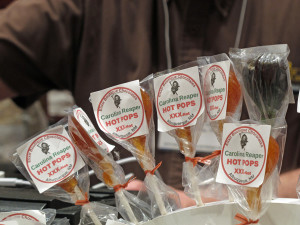 In this case, a dark, evil presence that burns on the way out.

Friday was the opening act for Saturday’s main event.  Sunbelt’s Media Director Hans Wressnigg and I took to the showroom floor, video camera in hand, to see what the vendors had been up to since last year. Everything was going great until we ran into Vic Clinco at the Execution Station. 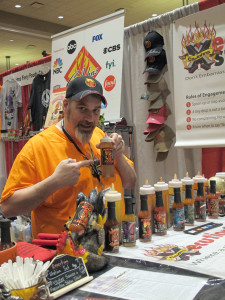 Hans was kind enough to suggest that I take the Execution Station challenge while he recorded the experience. For those of you just joining us this year, the Execution Station is a little pocket of hell that Vic and CaJohn use to punish the wicked and foolish. Not with imps and pitchforks. At least, not since the imps unionized a few years back. Instead, the guys use eight special blends of chiles, torment, and vengeance to punish the hubris of anyone who thinks they can handle superhots on steroids. Vic offers you a spoon with the first sauce. If your mouth survives that, you have the privilege of inflicting more pain on it with successively hotter and hotter sauces until you go fetal or finish the eighth and final sauce (which, as I found out, had a 6 million SHU extract floating in the top of it). Get through all eight and you get a sticker and a drink cozy that proclaims your victory over the Execution Station. I agreed. If I hadn’t you wouldn’t be reading this. 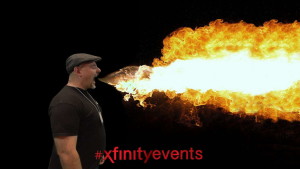 …or seeing what happens when you eat 6 million SHU on an empty stomach.

We’ll link you to the video when it goes online. In a nutshell, tears were shed, egos destroyed, and I learned my ultimate limitations as a chilehead. Which, I’m proud to say, were more than I expected. 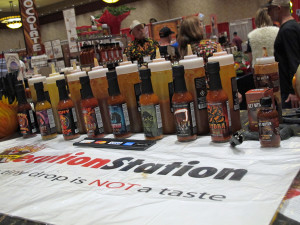 The eight horsemen of the mouthacopalypse.

That was the highlight of my Friday at the show. Saturday was a lot easier on my self-image (and, not coincidentally, my stomach). Attendance was good; the day started with a line clear out the casino door to valet parking and the crowd ran steady well into the afternoon. This year’s industry dinner took place at The County Line BBQ Restaurant just up the hill from Sandia Resort & Spa.

Sunday was busier than it had been the year before. Hopefully that continues for next year. Until then, here’s a gallery from this year’s show to tide you over. There’ll be a much larger photo album on our Facebook page. 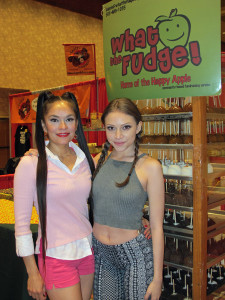 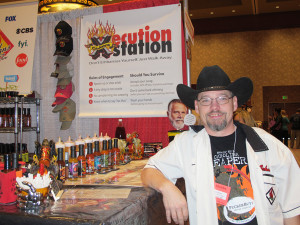 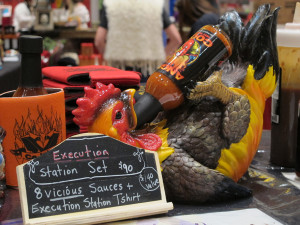 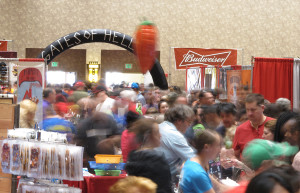 Welcome to hell. We have many wonderful things here. 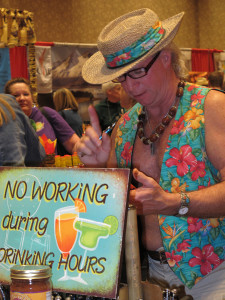 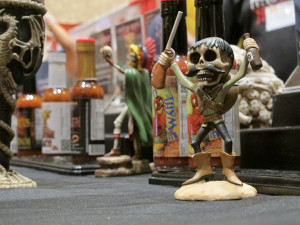 Yep, it was a face-melting experience. 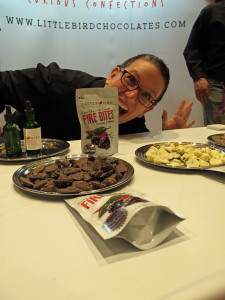 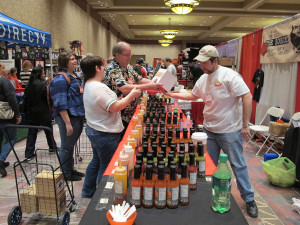 Yes, that IS an attendee and his family buying Carolina Reaper from Ed Currie BY THE CASE. 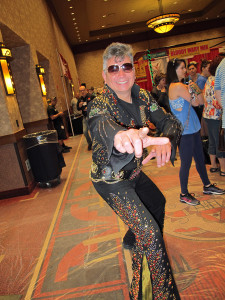