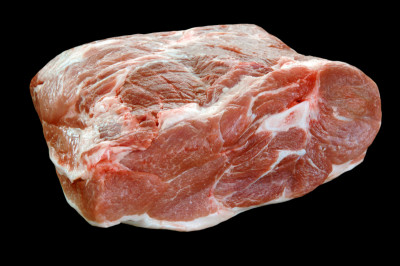 Here’s an interesting BBQ cooking story for everyone to ponder. I had a bone-in 7.3# pork butt to cook the other day. After the usual mustard slather and 24-hour rub it went on the Yoder set at 250 degrees. The Yoder varied in temperature throughout the cook from 225 to 320 degrees. The temps were verified by a remote-reading Maverick and a ThermaPen. After cooking on the Yoder for about eight hours, it was time for bed so the butt came off the cooker at 177 degrees and was wrapped in foil and placed in a cooler overnight.

The next morning the butt was at 107 degrees (Yes, I know the “danger zone,” but it had been pretty much fully cooked so I wasn’t too concerned.) I set the oven for 250 degrees and added the butt at 0730. After cooking for four hours, it was only 161 degrees so I bumped the oven to 300 degrees. Three hours later, the butt finally reached 210 degrees! Total cooking time about 16 hours. Go figure… by the general rule of thumb (1 1/4 hours per pound) it should have taken about nine hours. It goes to show that BBQ is done…when it’s done.