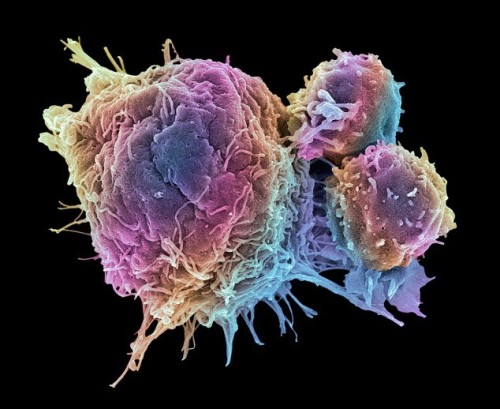 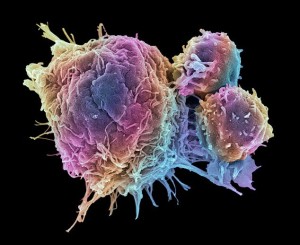 The hot chemical in chiles, capsaicin, could soon be assisting in the fight against breast cancer. Scientists from Ruhr-University in Bochum, Germany, treated human samples of breast cancer cells with capsaicin to learn more about its ability to destroy them. Dr. Lea Weber, writing in the journal Breast Cancer – Targets and Therapy, noted: “Capsaicin is capable of inducing apoptosis (cell death) and inhibiting cancer cell growth in many different types of cancer, for example, osteosarcoma, colon, and pancreatic cancer cells, while normal cells remained unharmed.”

When capsaicin is added to cancer cells, it attaches itself to the edge of the cell known as the cell membrane and switches on a cell receptor called TRPV1. That receptor is a channel that controls what substances like calcium and sodium go in and out of the cancer cell. When the TRPV1 receptior is switched on by capsaicin, the cancer cell starts to self-destruct. As more and more cancer cells die, the tumor is stopped from growing larger.

Dr. Weber said: “In this study, we aimed to identify the TRP channels in different breast cancer subtypes and to investigate the effect of TRPV1 and capsaicin on breast cancer progression. To our knowledge, no studies have yet conducted a large-scale comparative study of the TRP channels expression profiles in breast cancer cell lines. In our experiments, a significant reduction in cell proliferation after capsaicin stimulation was observed. This finding was in accordance with the results of other scientists, who demonstrated a significant decrease in the cell growth rate of MCF-7 breast cancer cells upon capsaicin stimulation.”

This study was done by scientists from the Ruhr-University in Bochum, Germany, the hospital Herz-Jesu-Krankenhaus Dernbach, Germany, and the Centre of Genomics in Cologne, Germany.