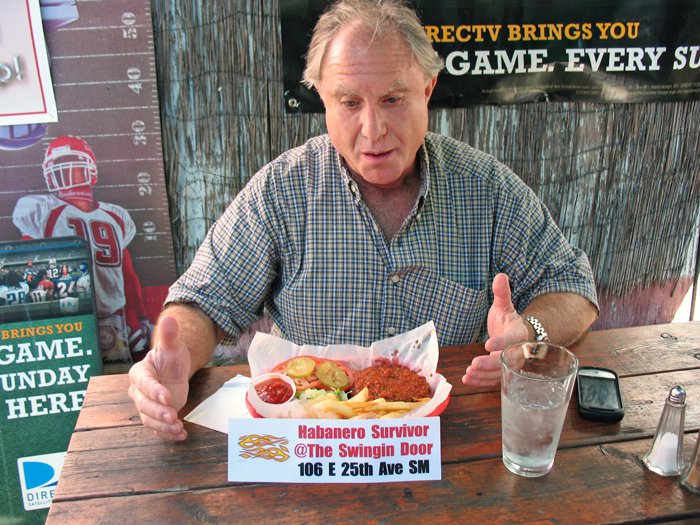 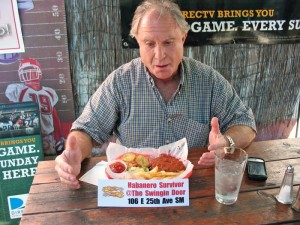 A man who is not Sean Stout contemplates the Habanero Burger.

Sean Stout was not Stout enough for the “Habanero Burger” with ghost pepper sauce. He has sued The Swingin’ Door in San Mateo, CA and its owner, Warren Chapman, in San Mateo County Superior Court on March 16. Stout, 49, says the restaurant’s burger burned a hole in his esophagus after he ate it during a visit to the restaurant last year. Stout says in the complaint the burger caused a “burnt esophagus.” But the rare and life-threatening rupture was actually caused by Stout’s vomiting after completing his meal, according to doctors at the San Mateo Medical Center where he was treated. An article in the Journal of Emergency Medicine cited the incident as the first recorded case of its kind

Stout says he underwent immediate surgery for his injury and was in a coma for two weeks. He spent 23 days in the hospital and was discharged with a gastric tube in place. This case illustrates a point I have been making for more than a decade. Excessive capsaicin is toxic, period. Sometime, somewhere, some unsuspecting soul will die from an incident like this one. –Dave DeWitt