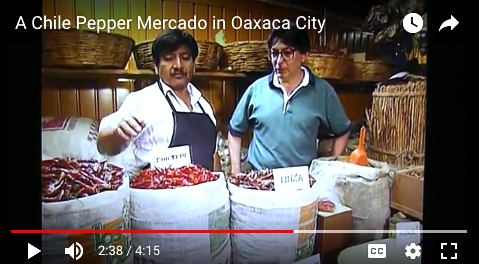 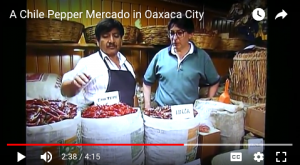 Much has been written about the “unfair” competition between China and Mexico regarding imported Asian chiles. For years, farmers in the States of Zacatecas, Durango, Aguascalientes, Guanajuato and Querétaro–traditionally producers of chiles ancho, pasilla, guajillo and de árbol–complained that “the government hasn’t done anything” to stop the Chinese imports of chiles that supposedly cause a drop in the prices of Mexican chile crops. No one however, has supplied proof of these allegations. And while the Mexican government is slow in collecting and publishing reliable data, most public information comes from farmers’ associations that demand trade protection. But I know for a fact that Chinese chiles have been in Mexican markets for many decades, both serving the small Asian population and competing with the local piquíns.
Sitting in a Chinese restaurant in Mexico City, I couldn’t help but notice the good-looking red chile mix on my table. I could see crushed red chiles in oil and what it looked like small pieces of garlic, perhaps ginger, or maybe both. The smell was a pungent spiced sesame oil, and there were definitely no herbs or tomatoes. The taste was round, full and yes it was fiery! I asked the waitress what kind of Chile was in the mix and she just replied with a heavy Chinese accent “Oriental” and “very hot” and continued with her duties while not noticing that I wanted to strike a conversation–and learn more about the concoction—which it will end up being a series of questions from my part. Well, she was busy and definitely not interested in satisfying my curiosity. Got to avoid the lunch rush hour next time. Lesson learned.
While most Chiles from India and China are sold in the U.S.A. as “Japonés” or “Japanese type,” in Mexico these are sold as “Chile de Árbol sin rabo”–without stem. It’s easy to visually tell the difference between Chinese or Japanese and Mexican Chiles, and for most cooks it will make no difference in flavor or pungency, but for the trained palate it’s possible to differentiate them. The reason you can find imported chiles in Mexico is pure economics. China has been the preeminent world supplier of inexpensive products and while for most consumers–and gluttons alike–cannot tell the difference in flavor, the price takes care of the decision. Both purists and nationalists claim there is an ongoing “prostitution” of Mexican cuisines and are against it, but economics reigns. From the point of view of the purists, what is–or could be–sad is the fact that the new generations of Mexican cooks are not being discerning enough about the ingredients. They use chicken stock powder–along with MSG–spicy Asian chiles instead of chile de árbol, or artificial vanilla flavor, or substitutes for real cinnamon. These substitutions are not an issue for most, and so the “prostitution” of Mexican food goes on. 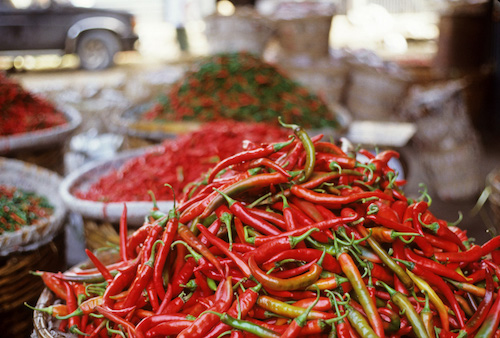 These Thai chiles in the Bangkok wholesale market… 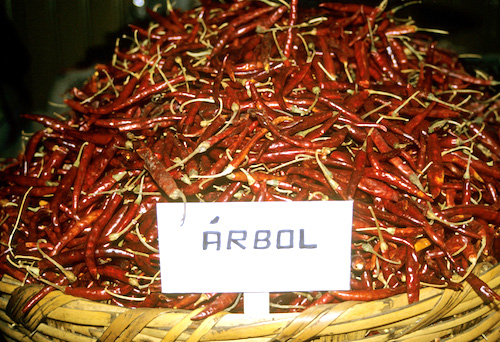 …Will resemble these de Arbols in a Oaxacan market when dried.

The only imported chiles that I’ve seen in Mexican markets are the ‘Yunnan’ and ‘Tien Tsin’ varieties, both imported from China. To the trained eye is hard to tell the difference between these two, but when possible I ask to see the burlap sac where they came packed in and there will be the chile name, country, and at times the province of origin. This burlap sack trick can only be done in wholesale markets like La Merced y Central de Abasto in Mexico City, provided the seller is in a good mood and willing to cooperate. These Asian chiles are indispensable in any stir fry whereas Chile de Árbol is mostly used in salsas. Given their similarity of these imported chiles, they can be used interchangeably with great results.
While globalization continues to flourish and grow more complex, so do stories, rumors and claims about which is the “real,” the “natural,” the “authentic,” the “original,” even the “organic.. As vendors and producers offering and claiming to have the “real McCoy, it’s getting harder by the day to identify the “true” origin and the “true product” due to the fact that the ingredients or components can come from multiple places on our globe. Who is then to be blamed or believed?