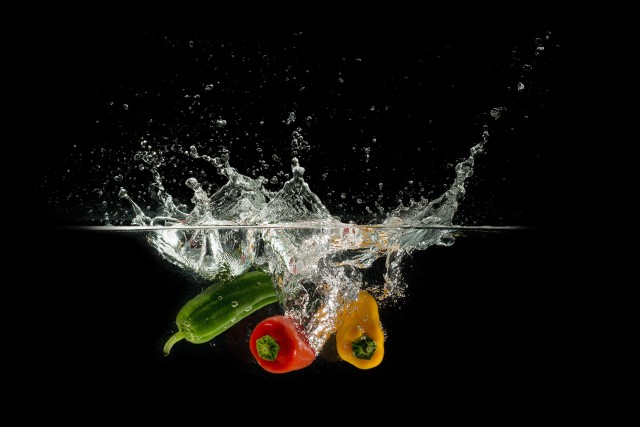 Peppers of the annuum species were transferred into what is now the American Southwest twice—first by birds and then by people. Botanists believe that the wild annuum variety known as chiltepin was spread northward from Mexico by birds long before Native Americans domesticated peppers and made them part of their trade goods. These chiltepins still grow wild today in Arizona and in south Texas, where they are known as chilipiquins. 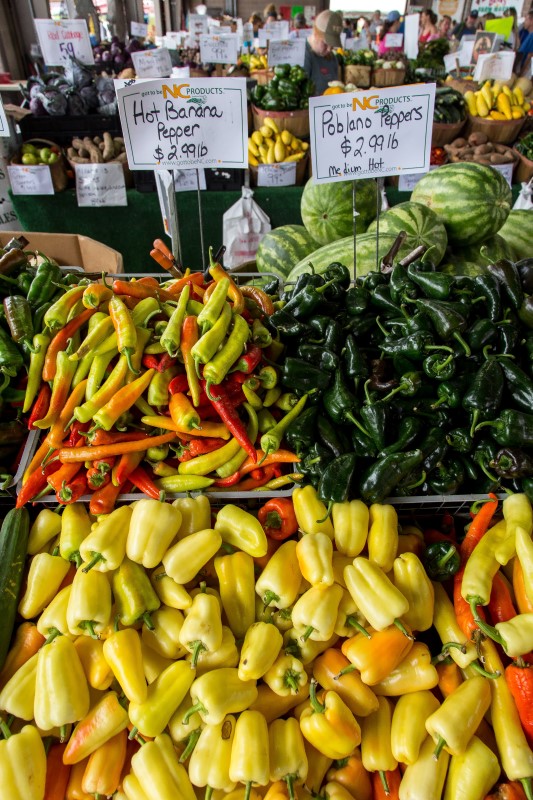 A debate rages over the second introduction of peppers into the Southwest. Most sources state that domesticated peppers were brought along with the settlement expedition of Juan de Onate in 1598. Onate crossed the Rio Grande near what is now El Paso and traveled north to what is now San Juan Pueblo near Santa Fe, where he founded the first Spanish town in the Southwest. But colonial documents that list the plants and animals brought along on the expedition do not mention peppers.

This lack of evidence has caused some researchers to conclude that peppers were transferred north in pre-Columbian times through trade between New Mexico’s Pueblo Indians and the Toltecs of Central Mexico, which has been documented archaeologically. Squash and corn have been found in pre-Columbian digs in the Southwest; pepper seeds, however, have not been positively identified. Solanaceous seeds have been found, but their genus and species have not
been determined.

So the date of the introduction of peppers into the United States is still unknown, but we do know that soon after the Spanish arrived, the cultivation of peppers in New Mexico spread rapidly and the pods were grown both in Spanish settlements and native pueblos. In fact,  the cultivation was so dedicated that the peppers that were replanted in the same fields for centuries developed into land races that persist to this very day. These land races, such as ‘Chimayo’, ‘Velarde’, and ‘Espanola’, developed specific, indentifable traits of pod shape, pungency, and maturation.

During the 1700s, peppers were popping up in other parts of the country. In 1768, according to legend, Minorcan settlers in St. Augustine, Florida, introduced the ‘Datil’ pepper, a land race of the chineuse species. Supposedly, this pepper was transferred from the Caribbean to Africa and then to Minorca in the Mediterranean, from which it was brought to Florida. Some historians believe that this story is all bunk and that the ‘Datil’ peppers were introduced into Florida by trade with the Caribbean islands, a simpler explanation that makes a lot more sense. Other introductions were occurring during the eighteenth century as well. In 1785, George Washington planted two rows of what he called bird peppers and one row of Cayenne at Mount Vernon, but it is not known how he acquired the seed. Thomas Jefferson grew peppers from seed imported from Mexico.

By the early 1800s, commercial seed varieties became available to the American public. In 1806, a botanist named McMahon listed four varieties for sale, and in 1826, another botanist named Thornburn listed ‘Long’ (Cayenne), ‘Tomato-Shaped’ (Squash), ‘Bell’ (Oxheart), ‘C herry’, and ‘Bird’ (West Indian) peppers as being available for gardeners. Two years later, Squash peppers were being cultivated in North American gardens and that same year (1828), the ‘California Wonder Bell’ pepper was first named and grown commercially. (A hundred years later, in 1928, this same pepper was released as an official variety, known as the ‘Calwonder Bell’.)

At around this same time, travelers and historians were beginning to notice the influence of chile peppers in the rather primitive American Southwest. “The extravagant use of red pepper among the [New] Mexicans has become truly proverbial. It enters into nearly every dish at every meal, and often so predominates as entirely to conceal the character of the viands,” wrote Josiah Gregg in 1844 in his book The Commerce of the Prairies.

In 1849, the first mention of Tabasco peppers occurred in the New Orleans Daily Delta o f 7 December: “I must not omit to notice the Colonel’s pepper patch, which is two acres in extent, all planted with a new species o f red pepper, which Colonel White has introduced into our country, called Tobasco red pepper.” The colonel refered to is Maunsel White, one of the earliest growers of Tabasco peppers. 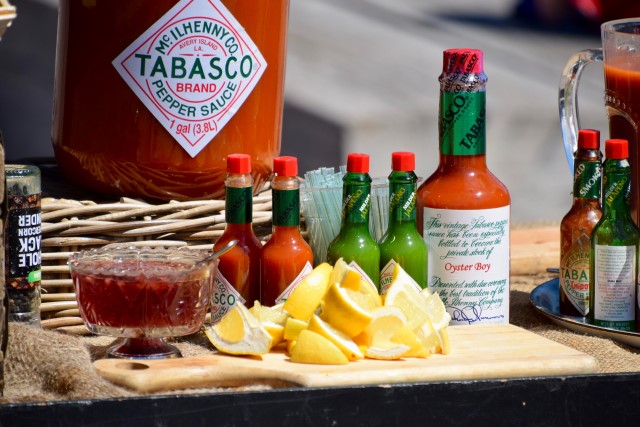 These frutescens peppers, introduced into Louisiana from Tabasco, Mexico, were soon grown in quantity by Edmund Mcllhenny of Avery Island, who transformed them from obscurity into one of the most famous peppers in history. Experimenting with Tabasco peppers, which he mashed, salted, aged, and then strained and mixed with vinegar, Mcllhenny soon produced his famous Tabasco sauce. In 1868, the first 350 bottles of sauce were shipped to wholesalers, and by 1870 Mcllhenny obtained a patent for Tabasco brand hot-pepper sauce. The rest is history, as Tabasco became the best-known and best-selling hot sauce in the world.

During the time that Tabascos were being grown in Louisiana, the introduction of European varieties of peppers into the United States began. In 1867, the ‘Sweet Spanish’ variety arrived from France; initially it was called ‘Crimson Queen’. By 1888, the Burpee Seed Company offered twenty varieties of peppers, including ‘Celestial’, ‘Red Squash’ (“of Massachusetts origin”), the ‘Spanish Monstrous’ (6 to 8 inches long), ‘Red Chili’ (“best for pepper sauce”), the
‘Long Yellow’, and the ‘Cranberry’, said to look like one. Burpee’s Farm Annual was the first in a long line of seed catalogs offering many varieties of peppers, most of which were discontinued or transformed. The number of varieties available— and their nomenclature— is a problem that will continue to vex botanists, horticulturists, farmers, and home gardeners.

Editor’s Note: We hope you enjoyed this excerpt from Dave DeWitt’s book, The Pepper Garden. Feel free to check out his catalog of purchasable ebooks for a whole library of chile pepper reading.