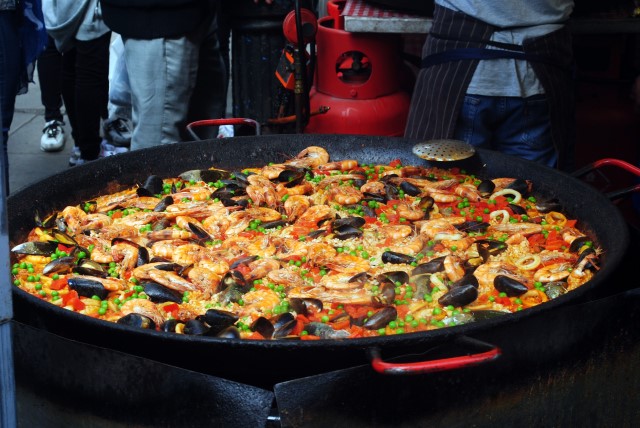 Paella, like this Andalusian mixed paella, is perhaps one of Spain’s best-known dishes, originating in the Valencia region, and is one of the national dishes of Spain.

In its most traditional form—called paella Valenciana, it is made up of rice, green vegetables, some kind of meat, snails, beans, and spices—including saffron and garlic. Other varieties include seafood paella, in which seafood is substituted for the meat and snails of the Valencia recipe, or mixed paella, which contains both meat and seafood.

Photo by Joshua Miranda from Pexels
The following two tabs change content below.