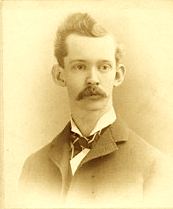 [Author’s Note: The year 2012 marks the Centennial Anniversary of the Scoville Organoleptic Test, so I decided to apply all my food history online research skills that I’ve honed over the past five years to create what is the first definitive—however brief—biographical essay on Scoville. Fortunately, the combination of Google Books, Google Scholar, and other online resources proved successful and at least now we know quite a bit more about Professor Scoville’s professional life. His personal life remains shrouded in mystery.]

I seriously doubt that Wilbur Scoville ever imagined that he would be most remembered for his Scoville Organoleptic Test that was the first attempt ever to quantify the heat of chile peppers, in 1912. He probably had convinced himself that he would be most famous for authoring The Art of Compounding in 1895, which is now in its ninth edition, a facsimile, published in 2010. Although he was interested in chile peppers, he didn’t write much about them, preferring to focus on even more bizarre chemicals like the cantharides in Spanish fly.  Continue reading…