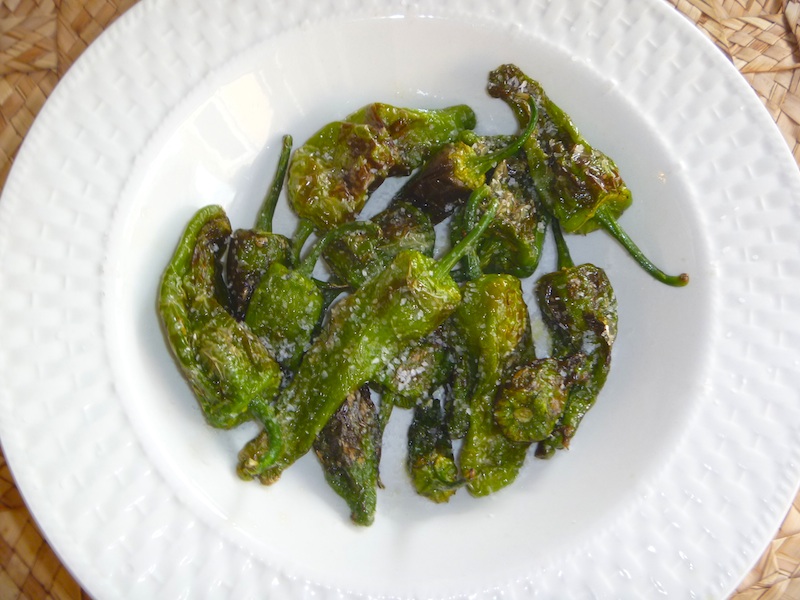 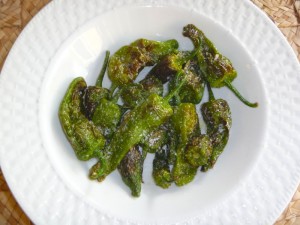 I found the Spanish chiles known as pimientos de padrón at the Downtown Growers Market here in Albuquerque and fried them in olive oil, then dressed them with sea salt. Just excellent, and you never know whether the pod will be mild or spicy until you bite into it. That’s why they’re called “Spanish Roulette.” They are available from La Tienda.com. You can buy seeds on amazon.com here. If you can’t find these chiles fresh, you can enjoy snacking on shishito peppers by preparing them the same way.

About 7,000 pounds of  Padrón peppers are grown in the Spanish municipality of Padrón each year (mostly in the valley of the parish of Herbón) between June and September. In 1979 the first Festa do Pemento de Padrón was organized in Herbón, a popular gastronomic event that has been held every year since, taking place the first Sunday in August.