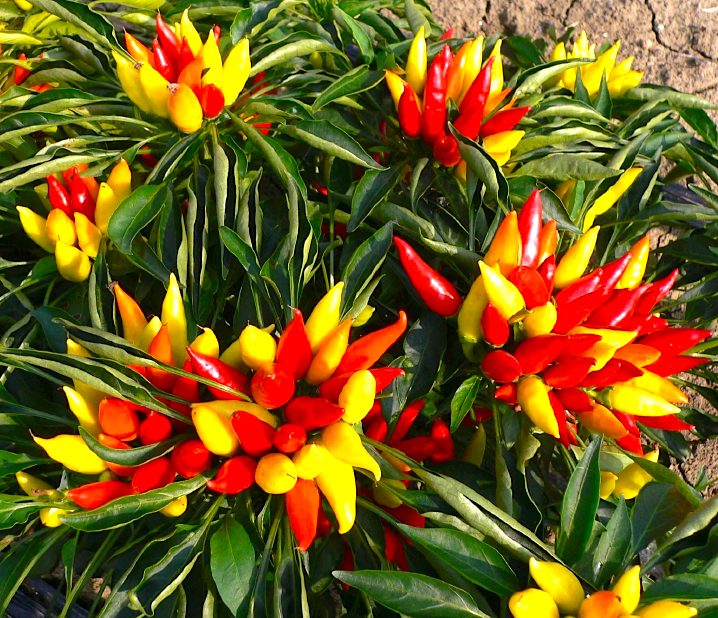 Most home gardeners, myself included, are so focused on the culinary aspects of chile peppers that we forget about their ornamental qualities and how the mostly upright pods change colors over the entire summer and into the early fall. These varieties were developed by Mario Dadomo, the famed breeder of the Italian ornamental varieties. He gave me the seeds shortly before he passed away of a stroke a few years ago. These specialties just jump out of the garden. What am I doing with them? Picklin’ ’em. Recipe after the pix. 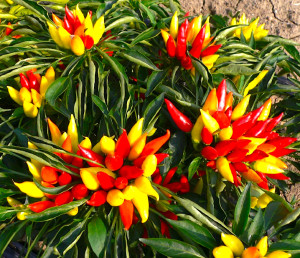 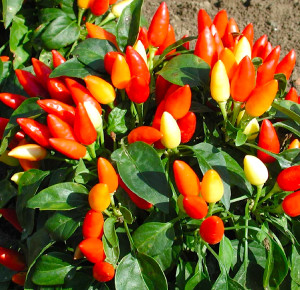 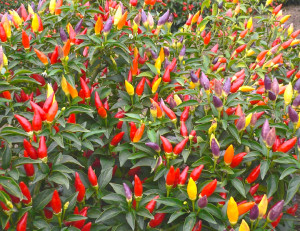 This is the ‘Spagna’ variety.

And finally ‘Loco’ with a riot of colors.

To pickle these peppers, first pick and wash only the very ripest peppers. In the picture above, red is the ripe color. Pickling an unripe chile will result in a gray or white pickled pepper. Using a flame-sterilized leather awl, pierce the chile on both sides just below the calyx. Fill the jars with the peppers, pushed down a little, and fill the jar with a mixture of 1 cup water, 1 cup white vinegar, and 2 teaspoons salt. Place the jars in a dark place, like a cabinet. They will be ready after the first week but better after the fourth. Use them as a dramatic garnish on fancy plated dishes.