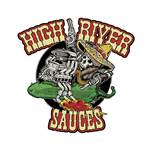 Steve Seaborn, producer of the NYC Hot Sauce Expo, has announced the establishment of the Hot Sauce Hall of Fame, and will induct five industry leaders under the heading of “Lifetime Achievement Award.” The induction ceremony will be held at his next show, April 25 and 26, 2015, at the Brooklyn Expo Center in Brooklyn, New York.

The nominees are:
David Ashley: Owner Ashley Foods. One of the first users of extract sauces in the early 90’s. Was one of the first to collaborate with and have celebrity driven sauces.
Jim Campbell: Hosts the annual “Open Fields” Pepper Festival and was one of the first pepper growers who supplied various hot sauce companies their peppers from their early starts like Blairs, CaJohns and Dave’s Insanity. Very instrumental for the early success of these leading hot sauce makers.
Dave DeWitt: “The Pope of Peppers.” Author and maybe the original “Chilehead.” Started the Fiery Foods Show 27 years ago and set the standard for The big hot sauce show.
John Hard: Owner of CaJohns Hot Sauce. The God Father of the hot sauce industry. Started in 1996 and has garnered over 200 regional, national and international awards.
Chip Hearn: One of the original hot sauce website, as well as one of the first, and one of the largest national zesty distributors, Peppers.com. Inventor of the Bloody Mary Smorgasbord in 1978. Originated the “risqué” hot sauce genre at the 1989 National Fiery Foods Show.
Dave Hirschkop: Owner Dave’s Gourmet and creator of Dave’s Insanity one of the, if not the first extract hot sauce. Was one of the first to create “limited edition sauces” and was instrumental in the collector hot sauce craze.
Blair Lazar: Owner Blair’s Sauces and Snacks also came out with one of the, if not the, first extract hot sauce. Took the collector sauce/limited edition sauce to new heights. Also took extreme heat to the limit with some of the hottest sauces ever.
Dave Lutes: Founder of Hot Shots Distribution. One of the original hot sauce distributors and one of the biggest. Still operating for almost 20 years.
Edmund McIlhenny: Created the best-selling hot sauce ever when he created Tabasco in the 1860’s.
Marie Sharp: Owner Marie Sharp’s Fine Foods Ltd. – Started making sauce in the early 80’s and actually was the creator of Melinda’s sauces. Her sauce is the quintessential Central American hot sauce awesome flavor and great heat!

Voting for the top five of these nominees is limited to members of the fiery foods and barbecue industries. We’ll fill you in as the story develops.