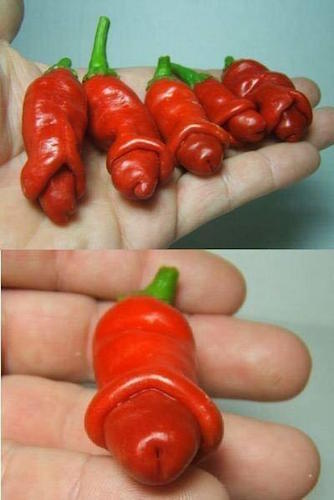 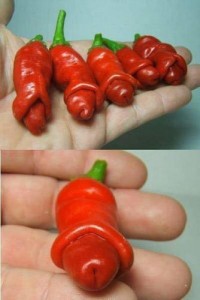 The chile pepper was late in arriving in India, but its effect was even more powerful than black pepper, which was a hot food that held a significant place in Indian legend and lore. The Kama Sutra reported: “If a man, after anointing his lingam with a mixture of the powders of the white thorn apple, the long pepper and the black pepper, engages in sexual union with a woman, he makes her subject to his will.” Don’t try this at home.
So it is not surprising that many books on the subject of aphrodisiacs list both black pepper and chile peppers prominently. In Plants of Love, by Christian Ratsch. Capsicum annuum is listed just after Cannabis sativa, and the text states: “The cayenne pepper is considered a hot food that heatens the sexual drive…When used as an aphrodisiac, great care should be taken to avoid overdosage.” It should be noted that the primary use of chiles as an aphrodisiac is internal; that is, they are eaten, not rubbed on the genitalia.